Resources /
Checking the Pulse of Women in Tech Today

Checking the Pulse of Women in Tech Today 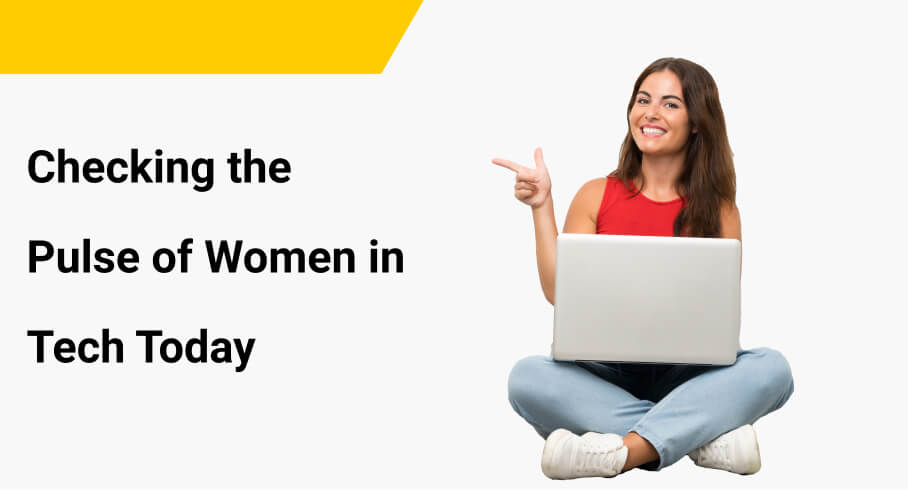 Ada Lovelace is one of my greatest inspirations as an aspiring computer programmer who has affected my life in various ways.

I think of all the traits I love and long for innovative thinking, passion, and determination.

Since her day, technology has rapidly developed, but, unfortunately, we have failed to establish various working conditions where women may feel secure and receive equal treatment.

It’s a sorry fact that she’d be far prouder of our technological developments than of our progress in equality terms. In many studies which show everyday harassment against female tech workers, Ada Lovelace would be outraged!

1. What is the status of women in Tech Today?

Sadly, in the technology statistics, women are still underrepresented in this field.

Women have just 14% and 25% of computer-based occupations in software engineering.

In addition, statistics reveal that the number of software engineers in the past 21 years has increased by only 2 percent.

Even though Facebook has achieved some improvement, its gender ratio in computer science is still high. Women reporting on Facebook in technology data reveal that just 33% of women workers in technology-related jobs work.

Based on the most current statistical analysis on Apple's diversity in technology, the figures suggest that the gender ratio of Google and Facebook is almost the same — 30% female and 70% male.

It is much worse if the ratio is solely for technology occupations, where 80% males and 20% women work in Apple, compared to women.

4. Women who are leaving the IT field are 45% higher than men.

Bias leads to an alarming number of women in the USA abandoning technology. Women already get lower pay, receive low-entry jobs, and have inadequate growth and wage prospects.

The sector has not been amenable to innovation despite the flexible work patterns of some firms. More than I should say it is the phrase “brogrammer culture.” This phrase is all too well known to women in computer technology.

According to a PWC study by Women in Tech, more students have chosen STEM disciplines than girls except for biology, amongst pupils taking part in the research. This applies in secondary schools and universities.

While choosing their A-level topics makes girls more inclined to plan forward, many of them skip STEM topics because they don't follow a technical profession.

6. Women are less likely to consider a career in tech

There are several reasons women are less susceptible to a job in technology.

• First, many women do not regard a technical profession as one alternative they may choose.

• While 33% of male respondents admitted having someone recommend a technical profession for them, just 16% of females reported receiving such suggestions.

Another reason women are less likely to choose a job in the technology business is the lack of female role models. A high percentage of females cannot name someone who encouraged them to seek a profession in the IT sector.

8. Disparity increases with the rise in seniority

Entelo reports that women play middle-level and enterprise jobs in the technology business.

A HackerRank study showed that 20.4% of women over 35 remain in junior jobs in the IT sector, compared to only 5.9% of males over 35 years of age. The study revealed that women in the technology field are more likely than males to hold junior jobs, regardless of age.

What is the significance of these stats?

The statistics above show that, despite all the significant advances made in the participation of women in the workforce, a great deal of inequity still exists in the technology business. This inequality doesn't appear as it will soon end.

Finally, the gender disparity in the technology business does not provide women with good chances to create society's future.

Don't recruit women because of the need or the pressure you feel from society in your organization.

Hire women because they're worth it!