Melitta Bentz: Love for Coffee Led to a Multimillion Enterprise 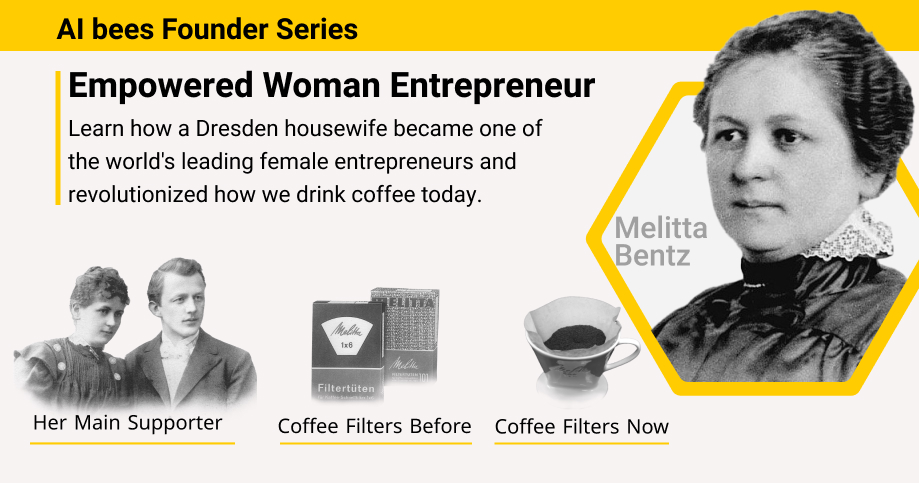 First, thank you, Melitta Bentz, for making our mornings memorable. We could sing sonnets about coffee, but we would be nowhere without our coffee makers and their filters

For anyone still confused about this introduction, Melitta Bentz was the woman who invented the coffee maker filter at age 35—born on January 31, 1873.

She was the daughter of Karl and Brigitte (Reinhardt) Liebscher. Her father was a bookseller, and her grandparents ran a brewery. Her marriage to Hugo Bentz resulted in two sons - Willy and Horst - who joined the business and a daughter, Herta.

There is no record about her educational background, but no matter, today we are focusing on her invention.

Melitta was like everyone else. She woke up each morning looking forward to her cup of coffee...till she remembered how much time she’d have to spend scraping the grounds that stuck to the sides of the copper pot.

She was always frustrated by the over-brewed coffee prevailing in that era, and the dirty linen used as a pseudo filter and decided to make a change.

“My mother, who had an excellent taste in coffee, was often irritated by the coffee grounds in her cup,”

Horst Bentz gave this quote in a later interview with the German publication, Der Aufsteig, in their 1949 publication.

After various unsuccessful experiments to produce clean coffee, she attempted to use a sheet of blotting paper from her son’s notebook, punctured it with some holes, placed it in a brass pot filled with coffee grounds, and poured hot water over it.

She called this “perfect coffee enjoyment.” This invention was a hit with her friends, who enjoyed coffee with no bitter taste or particles. She thus started her drip-coffee company.

The Kaiserliche Patentamt (Imperial Patent Office) granted her a patent on June 20, 1908, and the company became registered in December of the same year as M. Bentz.

She started with four employees; Her husband Hugo and sons Willy and Horst, and Melitta herself. Their headquarters was the family’s five-room Dresden apartment. While the boys rolled a handcart in the streets, Bentz’s husband set up a display in a shop window to demonstrate the new system.

He later delegated this to “demonstration ladies,” a concept gained from his work as a department store manager. Hortz recalled that this move by his father was ingenious, resulting in a business boom.

At the Leipzig fair the following year, her company was able to sell 1200 coffee filters. In 1928, the company’s employees worked a double shift due to the high demand for coffee filters. Melitta improvised her design in  1936, transforming it into the popular cone shape we all know today.

Although the two World Wars affected her company’s production, especially with her husband and first son signing up for the first war, the business was able to bounce back after each one.

The need for generating income for the family also pushed Melitta into producing paper cartons.  By 1929, the company had outgrown its beginnings, and the factory had to move to a plant in Minden, Germany, which is still in use today.

In 1932, before Bentz and her husband stepped down, they provided employees with many work-life improvements, including a five-day week, three weeks’ vacation, and a Christmas bonus.

She founded Melitta Aid in 1938 with the help of her sons, a social trust fund for company employees that still exists today.

Melitta and her husband had retired by World War II, and the company intermittently stopped producing filters. As a Nazi model plant, they made military supplies in 1941. The company contributed to a program that compensated victims of the Nazis’ forced labor.

Melitta’s M.Bentz company had a market value of DM 4.7 million at the time she died. With over 4,500 employees worldwide, the company had made 1.7 billion euros in sales in 2020.

Now known as The Melitta Group, it operates worldwide and has a broad range of brands and products.

It employs thousands in Germany, Florida, and New Jersey. A belated obituary in The New York Times in 2015 quoted a company spokesperson as saying,

“Most Melitta locations still have a photograph of her on the wall. Every employee knows Melitta Bentz and her exceptional role as the mother of the corporation.”

It is incredible how much this lady was able to achieve in a time when women’s rights were still a budding dream.

The support her family and friends showed her is also worth noting. Her husband, in particular, is something of an example to budding entrepreneurs. Success is impossible without support, especially that of your partner.

Solving the world’s problems cannot be done alone; it takes a village. It is also equally important to hold your ground in the face of any difficulties if your product can solve a problem and change the world.Now it is not clear whether this coffee maker filter made Melitta rich.

However, it is undoubted that her name is forever linked to one of the most popular drinks in the world.

She came up with the idea, she invested in it, and now her legacy employs thousands of people across the globe.

Not bad for a Dresden housewife, eh? 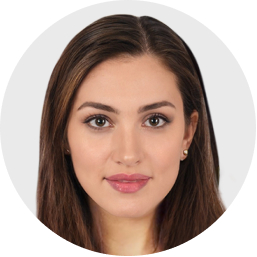