Resources /
Women in the CEO Role: Is Gender Diversity Still a Barrier?

Women in the CEO Role: Is Gender Diversity Still a Barrier? 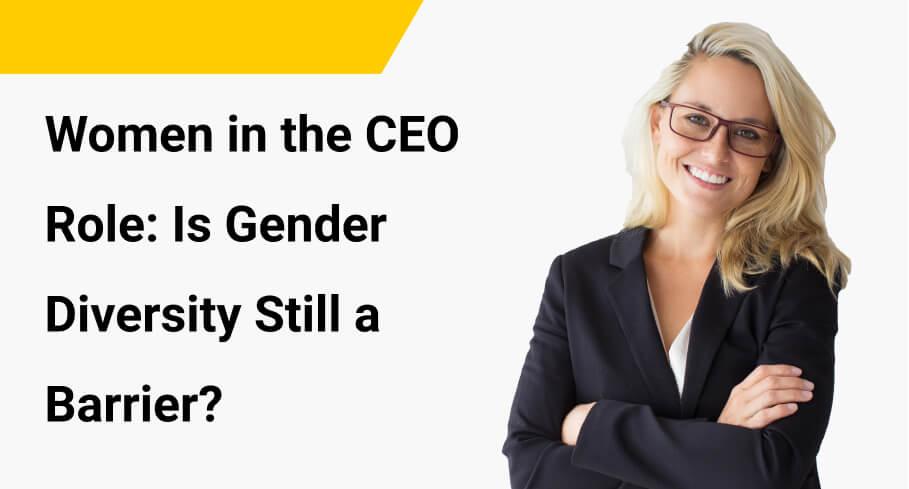 In my fantasy world, there would have never been a glass ceiling.

Women would have always been equally competent, and their achievements recognized in boardrooms worldwide as a result of balance.

If it were the case, then I think that the #Flexappeal campaign would not exist. We would not have come to the point where we should debate the advantages or necessity of having women’s work rights since it already is a well-established and efficient standard with women’s equality.

However, we're not there. But if the fundamental problem is not addressed, are we merely banging our heads with no prospect of ever getting there?

I would also say that if everyone at the boardroom table looks like you do, you're doing the diversity thing wrong.

Statistics from the men against women of the CEO reveal a significant disparity in the salary given.

The proportion of women in senior leadership differs by region.

It is important to note that the three factors considered for a person of either gender to land a Chief Executive Officer position are;

The path to becoming a CEO is longer for female executives in this particular group, averaging two years longer among YPO members.

Most corporates feel the pressure to bridge the gap of gender bias through; hiring, employee

Career drivers appear to have been formed by culture or market realities in different parts of the world. Respondents in Europe were most likely to pursue a career as a professional manager as their first job.

The following are barriers that women face to overcome this inequality: