Login
Get a Demo
Subscribe to our Weekly Update!
Resources /
How Artificial Intelligence Impacts the Future of Work

How Artificial Intelligence Impacts the Future of Work 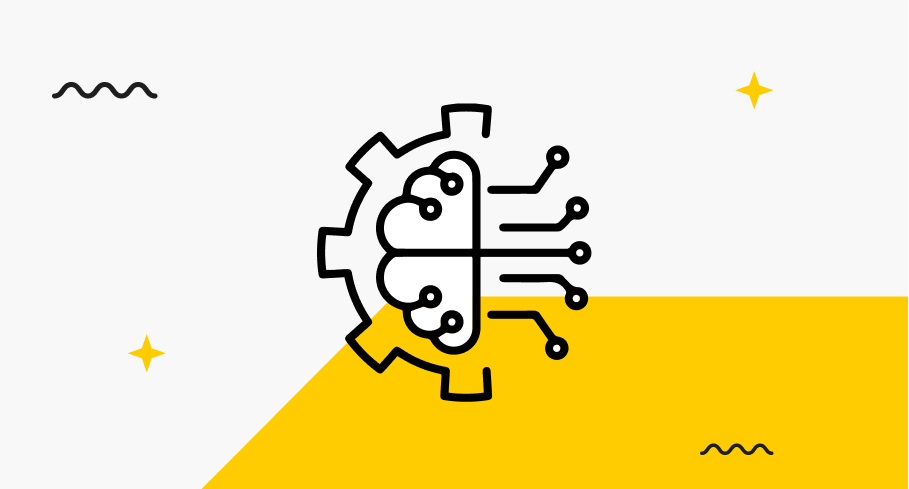 While no one knows how artificial intelligence impacts the future of work, we can all agree on one thing: AI is one of the world's most essential technologies today.

Artificial intelligence is already at work in our daily lives, influencing everything from our search results to our online dating chances to how we shop. According to data, using AI in several commercial areas has increased by 270 percent in the last four years.

But, in the future, how will this technology affect work?

Will it result in a permanent underclass of people who cannot find work because their jobs have been automated?

Will super-intelligent computers take over the planet one day, leaving the humans who built them with little use?

According to PwC research, by the mid-2030s, one-third of all employment will be at risk of being automated. The workforce segment most likely to be affected will be individuals with a low level of education.

Anxiety about employment losses induced by greater use of machines has existed for centuries. With each breakthrough, someone's livelihood or quality of life was at risk of being irreversibly altered.

The Rise of Robotics and AI

Manual labor was the norm in the 16th century. Until a priest called William Lee came up with the concept of mechanizing — at least in part – the stocking-making process. He modified looms used to make carpets to create a long sheet of stocking material that could then be cut and made into stockings. It was much faster and less expensive than the standard procedure.

According to folklore, Queen Elizabeth I denied Lee's request for a patent on his machine because she was concerned about the welfare of former stocking knitters who would lose their jobs. His machine had a limited influence, but it established the foundation for later textile machine improvements.‍

2. Textile Riots in the 19th Century

Hundreds of years later, English textile workers were confronted with even more drastic changes. They weren't the only ones, either.

Mechanization posed a problem for farmworkers as well. The world’s population increased, resulting in a need for machines to manage everything from sowing seeds to harvesting crops. Working people's reactions were not uniformly favorable. In the United Kingdom, a movement known as the Luddites protested the rising use of automation.

They rioted, wrecked machines, and set fire to the homes of business owners.

3. Automobile Manufacture in the Twentieth Century

Towards the end of the twentieth century, the employment of robots in car manufacturing grew more frequent. Originally designed to do simple, repetitive activities, they assisted in increasing output, standardizing production quality, and controlling costs.

In 1979, Fiat ran a television commercial depicting the construction of its Strada hatchback, with the tagline "handmade by robots."

Assembly-line jobs like welding and spray-painting were among the first to replace robots. Humans were present to supervise the machines.

As technology has progressed, the list of activities that robots can now perform has grown to include more sophisticated procedures, such as installing windscreens in vehicles. They're also commonly used in factories to transport large and bulky objects.

How Artificial Intelligence Impacts the Future of Work

As corporations seek to minimize COVID-19 infections in the workplace while keeping operational expenses low, the push to replace humans with machinery is rising.

As firms go from survival mode to figuring out how to operate while the pandemic carries on, the replacement of humans by computers may pick up speed. According to a recent report by economists Daron Acemoglu at MIT and Boston University, robots could replace 2 million more employees in manufacturing alone by 2025.

According to McKinsey, many Black and Latino Americans work as cashiers, food-service workers, and customer service representatives, among the 15 jobs most endangered by automation. Their continuous march might cause the loss of 73 million employees in the United States by 2030.

As with all previous human innovations (such as the steam engine, electricity, and the internet), an innovation that creates value no matter how feared it is, on the whole, is likely to have a positive impact on society.

Sowing seeds, harvesting crops, separating carcasses and breastbones, and packing pallets of food in processing plants are all tasks that robots can do. But it’s not like they're stealing everyone's job.‍

Is AI the Future of Work?‍

Humanity has fretted for millennia from weavers to mill workers that technological growth will lead to a society without employment. The way the media has portrayed artificial intelligence, notably in some of our favorite sci-fi blockbusters, it's understandable that this has spurred anxieties that AI would one day render humans obsolete in the workplace.

For example, as technology advances, many tasks once handled by human hands have been mechanized. Artificial intelligence advances seem to be ushering at the end of work as we know it, and it's understandable why people are concerned.

On the other hand, human workers are unlikely to become obsolete because of AI. Robots are not likely to take over your employment anytime soon to ease your anxieties.

The MIT Task Force recently released a report titled "Artificial Intelligence And The Future Of Work," which looked at AI advancements and their implications for the workplace. The paper paints a more positive view of the situation.

Rather than calling for the extinction of human labor, the research predicts that AI will continue to drive considerable innovation, resulting in new jobs. AI will power many existing enterprises and have the ability to develop many new ones.

There are still significant limitations to AI's ability to recreate human intelligence's usefulness in performing specific tasks. A standard limit of AI algorithms is that they cannot do over one job and can only solve one problem at a time. They are frequently stiff, unable to respond to changes in input or perform any "thinking" outside of their pre-programmed parameters.

On the other hand, humans have "generalized intelligence," which includes problem-solving, abstract thinking, and critical judgment skills that will remain valuable in the commercial world. Human judgment will be necessary, if not in every work, then at least at every level and across all industries.

Many other problems could limit AI's rapid growth. AI frequently causes "learning," which might include large volumes of data, raising questions about the availability of the correct data, as well as the requirement for categorization and privacy and security concerns. There are also computer and processing power limitations. The electricity alone was estimated to cost $4.6 million for one supercharged language model AI.

Another significant restriction to be aware of is that data could be biased due to the designers' social imbalances or implicit biases. The AI will likely be biased if the data used to train it is biased.

According to the MIT CCI research, we are still a long way from AI being on par with human intelligence, and it might theoretically replace human employees.

AI can create more employment, not fewer, if there is an investment in all sectors—anywhere that focuses on training and upskilling workers. Instead of "people or computers," the question should be "humans and computers" involved in sophisticated systems that progress industry and wealth. 90% of the world's most successful companies are already investing in AI.

More than half of these companies that have used AI-driven technologies say they have increased productivity. We expect the following industries to be significantly impacted by AI:‍

ATMs did not immediately reduce the number of bank tellers. They resulted in more teller jobs as the convenience of cash machines drew customers to banks. Banks expanded their locations and hired tellers to handle jobs ATMs couldn't accomplish. ‍

Humanoid robots in Tokyo's newest café are another example of how robots make life easier. The Dawn Avatar Robot Café in Nihonbashi, Tokyo, employs robot waiters to serve guests. You might think that people will lose their employment because of these robot servers, but the story behind them is heartwarming.

The robots are operated by real people, including disabled workers who cannot leave their homes due to physical limitations, seniors who cannot work long hours, and single parents who require at-home child care assistance.

Kentaro Yoshifuji, the company's co-founder and CEO, came up with the idea for the remote-controlled robots after being bedridden for three years himself. The goal of these robots is to close the gap between disabled individuals and society by providing them with additional career opportunities in which they may readily participate at their own pace.

They're controlled remotely over the internet using eye movements and gestures, and they've taken on the role of an avatar for the workers who use them.‍

The potential benefits of artificial intelligence in medicine are actively being researched. The medical industry has a large amount of data that they may use to construct healthcare-related predictive models. In some diagnostic scenarios, AI has proven more effective than physicians. The lung cancer AI system below, for example, can provide a very early warning of the disease.‍

Many corporate leaders are concerned about cybersecurity, especially given the expected increase in cybersecurity incidents in 2020 and 2021. During the pandemic, hackers targeted those who worked from home and less protected technological equipment and Wi-Fi networks.

In cybersecurity, AI and machine learning will be critical technologies for detecting and anticipating threats. Given its ability to analyze vast volumes of data and forecast and detect fraud, AI will be a crucial tool in financial security.‍

Artificial intelligence (AI) can significantly impact the job search process. An automated application tracking system can reject up to 75% of resumes before a person goes through them.

A while back, recruiters had to spend a significant amount of time sifting through resumes to find qualified applicants. According to LinkedIn data, recruiters can spend up to 23 hours reviewing resumes for a single successful job.

On the other hand, AI-powered systems are increasingly doing resume scanning. In 2018, 67 percent of hiring managers said artificial intelligence (AI) made their work easier.

Employers may use artificial intelligence (AI) to process your application, such as HireVue. As a result, there's no reason why you shouldn't take advantage of similar technology like Jobscan, Jobseeker, and Rezi.

AI and machine learning are on many lists of the most important skills in the job market. Jobs that require AI or machine-learning skills are expected to expand by 71% in the next five years. To adapt to new changes, look into some excellent free online course alternatives that focus on AI skills.

RELATED READ - How Integrating AI Can Revolutionise the Selling Process

Using a robot server to serve customers during a pandemic is a beautiful concept for reducing human touch and ensuring a safe and clean client experience. This would undoubtedly increase the number of people who can work from home.

But the key to success in the AI future will be a systematic approach to workflow integration with machines, fine-tuning processes, and reskilling employees. As a result, companies will be in a powerful position to grow, develop, scale, and succeed.

If you're tech-savvy, it's a wise idea to jump in and grasp everything you can regarding working with AI. If your skills are in another industry, it's important to acknowledge that AI will have a tremendous impact, and you should do your best to learn the fundamentals of how it works in diverse fields.

AI will be here to stay. But you should not be frightened. Being attentive and adapting to new technologies, particularly AI, is the most excellent way to move forward.