Resources /
Men and Women's View on Entrepreneurship: Is It Really That Different?

Men and Women's View on Entrepreneurship: Is It Really That Different? 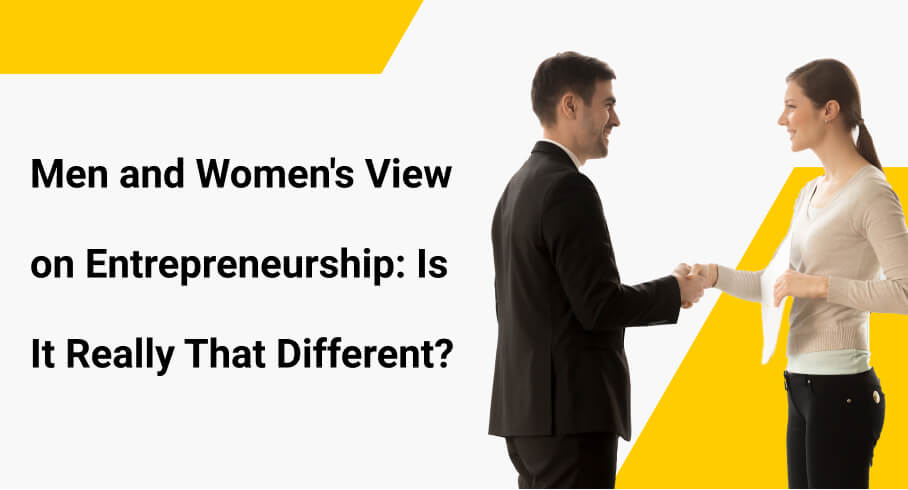 The status of women entrepreneurship

A survey study conducted by more than 500 U.S. entrepreneurs reveals startling results from gender based on the online graphic design industry, including obtaining money, balancing working life, education, and more.

Perhaps it’s because women still occupy the position of caregiver in most households. According to the poll, women spend more time with their families every day.

According to Dr. Dana Kanze, Assistant Professor of Organisational Behaviour at London Business School, Only 6% of the S&P 500 firms have a female CEO, while women earn around 80% of the workforce. In male-dominated industries, most of the labor market, support, and possibilities for women's progress are extremely limited. Dr. Kanze admits that many women in male-dominated industries want to acquire momentum by starting their own companies in the face of a continuous income shortage and growth possibilities.

But what if the gender differences in men-dominated industries are even more marked?

The promotion of the entrepreneurial role of women is seen as contributing to economic growth, employment, equality of income, and social inclusion. Although it is vital that people have a variety of alternatives in the labor market and that many do not pick a business, women tend to have latent business potential, which most nations do not yet realize. The policymaker can assist expose this while recognizing that women’s motives, intents, experiences, opportunities, and initiatives are varied.

Self-employed women tend to run smaller enterprises with minimal staff. All in all, the likelihood of women being self-employed was roughly two and a half times lower than males and employed in OECD nations in 2019. In Ireland, in 2019, there was practically no gender gap, although that was an exception. Self-employed males were more likely to have staff in any OECD nation than self-employed women and were more than twice as likely as Israeli, Mexican, South African, and Turkish employers.

For reasons other than males, women often become entrepreneurs with distinct goals and intents for progress. OECD study indicates that many women are employed independently to take advantage of the flexibility provided to handle work-family obligations. In contrast, others create a company to escape the 'glass ceiling' for employment.

Why are women underrepresented in entrepreneurship?

Everything goes back to training. We need to build and motivate girls (and boys) to engage in more entrepreneurship programs. Many groups around the country currently meet this need, but more is needed. We must ensure that females, in particular, are regarded as growth-oriented entrepreneurs with no boundaries.  Women deserve to be there, and they can go farther. We must enable children to be specific about this early in life via education.

I think it is feasible, and my heart fills with excitement when I see so many entrepreneurial women. But I believe we're still a long way to a universal gender equality job. Do you have suggestions on how to achieve equality between men and women sooner?

How do you believe we can improve it and what is your perspective on gender equality in entrepreneurship?