Success: Founder and CEO of Share Ventures, Board and Venture Partner at Upfront Ventures

Influence: Featured in publications such as The Wall Street Journal, Forbes, Entrepreneur, and The Los Angeles Times. 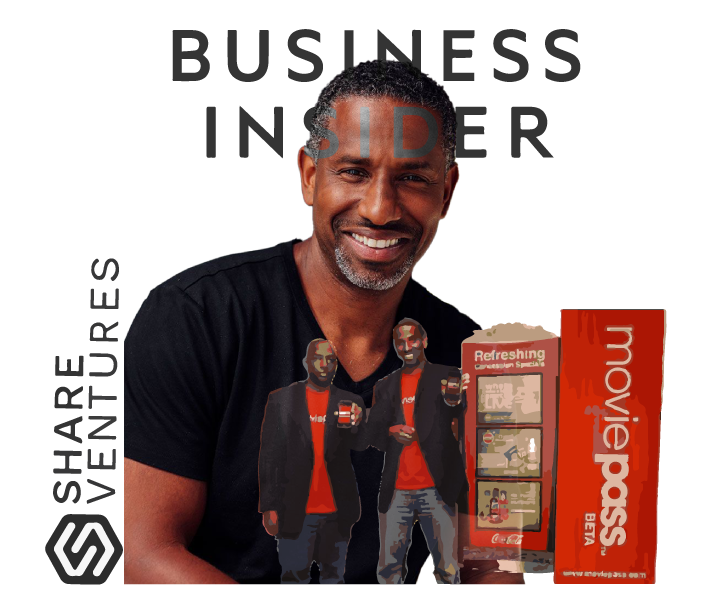 The Makings of a Mogul Millennial

Everything begins with an idea.

What do you do when you have a crazy idea?

You either go for that lightbulb or you leave it be. But it will always remain an idea without effort.

A vision without actions is worthless.

Your idea might seem impossible or wild, but it is where progress and innovation happen.

Ideas are critical to modern futures.

“The day before something is truly a breakthrough, it’s a crazy idea.”

This is what Hamet Watt exactly did–making ideas into actions.

How did Hamet Watt become resilient, and how did he get it done?

The Life of Hamet Watt

Hamet Watt’s father, who immigrated from Senegal, is an engineer and had a more traditional life path. Watt’s father encouraged his children, Hamet and his brother, to try many things, and this is where Hamet’s inspiration is to do the unusual, the different, the odd.

Senegal is located at the westernmost tip of Africa and has abundant air and maritime routes, making it the Gateway to Africa.

The country sits at an ecological convergence of semiarid grasslands, oceanfronts, and tropical rainforests; this diverse environment has allowed the country to produce a great variety of animals and plants.

A rich natural heritage led to the country’s selection of national symbols–baobabs and lions.

Having commendable parents, Hamet gives his utmost respect to them and has made it a mindset to make an impact.

The creation of this impact started when he finished his education.

Hamet Watt is a Washington DC native-born from an African immigrant root. Like other people, Hamet had a normal childhood until he was pointed toward something different but greater.

Early in his career, Watt encountered the venture capital world and the process of building companies.

Following that, Hamet is slowly getting into the industry. Hamet Watts joined a venture capital firm that raised $120 million to invest in companies in Sub-Saharan Africa.

With his many entrepreneurship talents, Watts was an adviser to Nielsen Media Research when it developed its first product placement measurement service for network and cable television.

With Hamet’s unorthodox career building, his accomplishments slowly aligned as he ventured deeper into start-up businesses. He then founded NextMedium.

The NextMedium company, which provided a platform for advertisers to insert their brands into TV shows, movies, and web videos, has sold its technology and other intellectual property to Newport Coast Investments.

The company was sold to Newport Coast Investments in 2007 after two rounds of venture capital with Ascend Venture Group, Bessemer Venture Partners, and Globespan Capital Partners.

After exiting a company that he founded, it was acquired by Brand Affinity Technologies. Hamet Watt then became an Entrepreneur-In-Residence at True Ventures.

Just as things were getting suitable for Hamet, things could still get better.

As a venture studio firm, Share offers startup creation services from the ground up by curating the initial team, guiding the strategic direction, and providing the capital to help startups reach product-market fit and become venture scalable companies.

He didn’t limit himself to tech ventures but reinvented NextMedium into another creative business that he can connect to consumers by re-entering the film business.

Other Ventures of Watt

How does MoviePass work, and how does MoviePass make money? When a user selects a movie and viewing time on the mobile app, funds can be used at the kiosk. Members were informed the card would function at all major cinemas, but AMC and other movie companies declined to participate.

In 2019, subscribers filed a lawsuit accusing MoviePass of being a bait and switch scam.

MoviePass data breach has also pushed the FTC to investigate and sued the executives of the now-defunct MoviePass app for defrauding users by preventing them from utilizing the service as claimed while failing to protect their privacy.

So what happened to MoviePass? Last year, the MoviePass lawsuit class-action was resolved and agreed to pay $8.25 million launched by investors.

Looking back at his start-ups gives Hamet Watt a sense of pride from where he made ideas into action.

What makes Watt a Mogul Millennial?

Watt is quite interested in both the significant and micro aspects of innovation. We are genuinely passionate about solving challenges that we need to tackle (the macro) and the processes, people, tools, and technology that help us become world-class innovators (the micro).

Hamet Watt is being described in today’s generation as a Mogul Millennial because he has this attitude and desire to put everything together to create true innovation.

What did Stacy Spikes and Hamet Watt learn from entering a market as the underdog when launching MoviePass?

Hamet Watt shared to Mogul Millennial what he learned from entering a market as the underdog. His experience with MoviePass proved their capabilities that they were the disruptor in the market and multi-billion dollar companies.

Anyone considering creating a subscription business should remember that it is all about the data and the infrastructure you have in place.

You need to understand your client acquisition costs, analyze usage, and have a data-driven strategy to develop your business model, especially when dealing with low-margin prospects like the film business.

Think like an Entrepreneur. Hamet Watt shared his philosophy and how to identify a few pointers to think like a venturing entrepreneur.

What contributed to Watt’s success as an entrepreneur, board member, and investor?

Hamet Watt’s success may be credited to selecting large enough markets that correspond closely with Watt’s interests and the connection in those ecosystems.

Hamet concentrates on large market prospects. Being in the business long enough, Hamet usually warns individuals that the market they're entering should be large enough because entrepreneurship is difficult.

You want to make sure the pot of gold at the end of the business journey is large enough to make all of your hard work worthwhile. Watt’s experiences with his Share Ventures and MoviePass timeline, made him realize this. The goal is to make sure that the monetary rewards are worth it but that there are also additional advantages.

Hamet Watts is regarded as a leader in the Los Angeles entrepreneurial community and beyond. He was named one of Business Insider's 46 Most Important African-Americans in Technology for 2014.

In the national press, Hamet Watt has been credited for innovations in media and entrepreneurship and like Yousef Abuzuaiter, Watt has been featured in publications including:

Hamet Watt is married to his wife, Joy, and the couple is enjoying family life with their son, Zion. Hamet Watt and his family currently live in Los Angeles.

Currently, Watt serves on the Los Angeles Venture Association board and is involved with several other entrepreneurial organizations.

Hamet Watt is excited to explore continually and looks ahead, “I think we're in a very interesting time for innovation. I'm excited about new ways of coming up with solutions to problems, and new design & funding frameworks for building companies. It takes a lot less money now to get at the essence of what solves a problem so that means we can really reimagine the whole entrepreneurial stack. So I'm really excited about that.”

When an idea comes to our mind, we can get enthusiastic about materializing it. But like everything else, entrepreneurship has its set of challenges and struggles.

Like Mark Pincus, Neha Narkhede, and Zeb Evans, these other entrepreneurs and modern founders had their set of challenges and broke through.

It is impossible not to be able to face difficulties. It is within Hamet Watt’s challenges that he has formulated his philosophy on building a scalable company. He had situations where he saw dead ends in his ventures but fortunately turned out okay.

As for Hamet Watt, “I think being able to find your way out of situations that you think are impossible is what inspires you to take bigger risks knowing that you're gonna get out if it happens again.”

When we get to a place where we think there’s no way out and there’s no successful path, keep going.

“I remind myself, in all circumstances and conditions, that I am a resilient person and I will get it done..”  - Hamet Watt.

We can imitate Hamet Watts as persistent and resilient as primary characteristics for success.