Login
Get a Demo
Subscribe to our Weekly Update!
Resources /
Age, Leadership, and Greatness 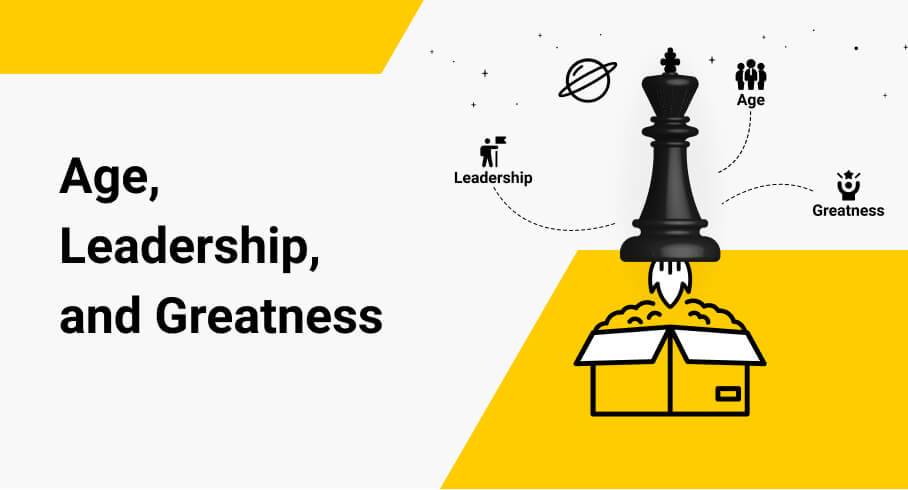 "There is a tendency to equate aging with a decline in mental function," said Molly Wagster, Ph.D., chief of the Behavioral and Systems Neuroscience Branch in NIA's Division of Neuroscience.

Ageism in society is taking many forms. It could be stereotyping, like judging glances older individuals get while going on about their everyday lives, or about the looks and mannerisms of older people. However, some super-agers defy this convention.‍

Reckoned to be young in the mind but with an aged body, super-agers retain their cognitive and mental alacrity well into their old age. They can recall details of events from the decades-long past and can pass challenging memory tests.

Super Agers, a term coined by neurologist Marsel Mesulam, lose their brain mass at a much slower rate and that the outer layer of grey matter or cortex is thicker. They have more Von Economo neurons — brain cells thought to increase communication than average elderly individuals.

Research done by Northwestern researchers using MRI to measure brain volume over 18 months in small study participants reveals that the average annual volume loss is 2.24% in normal cognitive adults while it is at 1.06% for super-agers.

In short, the super agers' brains shrunk at a significantly slower rate.‍

Kotler is the author and co-author of more than 166 published articles and 80 books, marketing author, consultant, and professor. Kotler has done more than any other scholar or writer to advance the importance of marketing. He transformed it from a peripheral activity and bolted on to production’s more "important" work.

Named as the "The Father of Modern Marketing" by many scholars, Kotler helped build the field of social marketing that homed on helping and groups and individuals modify their behaviors toward safer and healthier living styles.

Kotler created the concept of "demarketing" to help reduce the level of demand. He also developed the ideas of "prosumers" and "atmospherics.

At the age of 90, Kotler continues to be a thought leader. Kotler's latest work focuses on the shortcomings of capitalism and economic justice. His latest publication was in 2019, "Advancing The Common Good."

On November 18, 2005, the Financial Times surveyed 1,000 executives in 25 countries about the Most Influential Business Writers/Management Gurus. Drucker tops the list.

An educator, a management consultant, an avid author whose writings contributed to the practical and philosophical foundations of the business corporation, Drucker is aptly honored as the "the founder of modern management."

With a keen and analytical mind, yet empathic, he is a proponent of how organizations can help bring out the best in people. And how workers can attain a sense of dignity and community in a modern society organized around large institutions.

His brilliant mind never wavers. From 1971 to 2002, he was the Clarke Professor of Social Science and Management at Claremont. At age 92, Drucker taught his last class in 2002. From the age of 95 until his death, he continued to act as a consultant to businesses and nonprofit organizations.

A new study from England suggests the brain's abilities to reason, comprehend, and remember may start to worsen as early as age 45. However, Sandra O'Connor is a fine example of a super ager who defies the above statistics.

Justice O'Connor's life is full of firsts. Representing Arizona, she is the first female majority leader of any state senate in the United States. During her time there, she sponsored or co-sponsored more than 100 pieces of legislation to improve the lives of her constituency.

A proponent of philanthropy, nonprofits, and civics, one of her lasting legacies is creating an online games platform for learning civics used today by more than 5 million students in all 50 US states.

She is respectfully called the most influential woman in American history. She is currently 91 years old.

Scientists now acknowledge that some cognitive functions become weaker with age, but others actually improve. And our next super ager has an agile mind that has not been slowed down by the passing of years.

Legendary super-investor Warren Buffet is known to his fans as the "Oracle of Omaha," while the rest of the world calls him the most significant investor of all time.  There is so much to admire about the man.

Even as a business magnate and one of the wealthiest and most respected business people globally, Buffet's frugal and simple lifestyle is noteworthy.

As a philanthropist who organized the philanthropic sector "Giving Pledge," he induces 81 billionaires to give more than half of their wealth to charitable institutions.

Reshaping how the rich think about money and giving, Warren Buffett's most lasting contribution will not be his money. It will be how he successfully leveraged his social network to inspire other billionaires to give extraordinary wealth for charitable good.

So, does everyone have a chance to become a mental or physical super ager? Indeed!

Scientific studies may not be conclusive yet, but generally, if a person keeps his mind and body active, one might have a good chance of becoming a super ager.

As Warren Buffet says, "You get exactly one mind and one body in this world, and you can't start taking care of it when you're 50. By that time, you'll rust it out if you haven't done anything."

So invest in yourself, be active, enjoy life, and motivate others to do the same. As they say, LIVE, LAUGH, LOVE.