The Importance of Artificial Intelligence for the Future of C-Suite

AI is everywhere and changes so many things in our daily lives. Do you want to know The Importance of Artificial Intelligence for the Future of the C-Suite? This article will provide you with everything you need to know:

History of the C-Suite

The alphabet soup that is the C-Suite

The future of AI in the C-Suite

The importance of artificial intelligence in the C-Suite
📖 Read on! We curated them all in one place just for you. 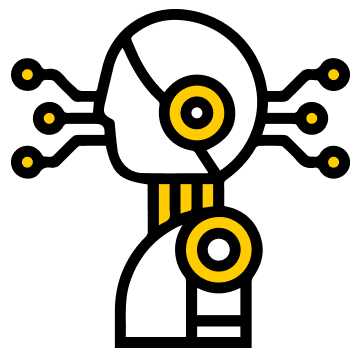 The importance of artificial intelligence cannot be overemphasised in any aspect of life now, especially in business.

But there is one thing all of us are tired of, and it’s the numerous titles that continue to emerge in the “C” suite.

It is impossible in a professional environment to ignore the CEO, CFO, COO, and other crucial Cs in a company.

The relevance of these terms begs the question of their origin. Who created them, where they were first used, and so on.

History of the C-Suite

Taking a trip down history lane, the November 7th production of the Independent Newspaper in 1914 is the earliest record of the term CEO being used to describe the head of a company.

It was written in an article titled By A Town Hall Fly.

However, the term didn’t become mainstream till 1971 when it was used by the Harvard Business Review when Edward Bursk was the editor.

It is almost absurd how very little is known about the origin of this term, given how much importance it carries today.

After this foray into the depths of history, one can only seek to understand better what the C-Suite means since its evolution from just “CEO.”

The Alphabet-Soup that is the C-Suite

According to Raconteur, the C-Suite are the highest-ranking executives in an organisation. The term represents the word” chief” that characterises corporate titles such as those mentioned above.

The Chief Executive Officer (CEO): this is the most senior of all C-level executives or the C-Suite. This person is responsible for managing the company as a whole.

The Chief Marketing Officer (CMO): is the go-to person for the organisation’s marketing activities. The CMO is responsible for creating marketing strategies for business and brand growth.

The Chief Financial Officer (CFO): on the other hand, is in charge of all the company’s finances; from keeping financial records and reports to accessing risk management, the CFO is the highest position for an accountant to occupy.

Moving on to the Chief Information Officer, also known as the CIO. This person is concerned chiefly with acquiring all information necessary for the innovation and transformation of the company.

The CIO is also in charge of the company’s network infrastructure, core business apps, cloud strategy, and mobile strategy.

Recently, a similar C-Suite member tagged CDO; the Chief Data Officer has been ascending. The CDO is fast becoming a key member amongst the C-level executives.

This is because organisations are becoming even more data-driven and need professionals whose focus is ensuring the protection and easy access to relevant data.

In fact, from the office of the CIO, there has been another offshoot apart from CDO, namely the Chief Compliance Officer (CCO).

The office of the CCO ensures that the company is in compliance with all regulatory requirements and that employees adhere to company policies and procedures.

What does it matter anyway?

Given the similarity in the responsibilities of the C-Suite executives and their predecessors (President, Managing Director, Head of Marketing, Financial Director), one starts to wonder why the C-Suite is such a big deal anyway.

The similarity between the CIO, CDO, and CCO has, as such, become a topic of debate in many circles.

With the world’s digitization, the CIO is expanding his repertoire in data beyond merely keeping information and leaving the technical know-how to others.

Instead, they are making a foray into technologically minded solutions to drive innovation, which technically is the job of the CDO.

Thus, this raises the question of who owns digital data between the CIO and CDO.

Putting this in mind, it is not far-fetched to think that the office of the CDO and others stemming from the CIO might decline as rapidly as they rose.

Does this case then signify the future of the C-Suite, especially with the influx of AI into the business world?

The Future of AI in the C-Suite

In the past year, artificial intelligence (AI) has made unbridled progress in different aspects of the world, business included.

The disadvantages of artificial intelligence in business do not affect how much ground it is gaining globally.

Given the importance of artificial intelligence to the C-Suite, it is pertinent to understand how it affects businesses.

Apart from giving the ability to be productive in pyjamas, the COVID-19 pandemic has catalysed and accelerated AI initiatives.

The lockdown emphasised the necessity for businesses to be ready for any situation requiring high-level flexibility.

As such, executives are becoming increasingly involved in AI initiatives and using this in making decisions for their businesses.

The Importance of Artificial Intelligence in the C-Suite

The quantity of data gained each day is impossible for individuals to process and analyse.

This and a myriad of other reasons is why AI has created a niche in business productivity and become indispensable to the C-Suite.

Having noted the history of the C-Suite and how it has evolved over the years, it should not be surprising that there is now an office for the Chief AI Officer.

This AI team is in charge of everything about data. With this introduction, one must wonder what becomes of the former CIO, CDO, and other C’s whose niche has been data and information mining.

However, with the emergence of the Chief Artificial Intelligence Officer (CAIO), everyone had better buckle up and embrace this new addition to the C-Suite.

Wherever the discussion on the CAIO comes up, people tend to wonder at its importance especially given its similarity with the Chief Information Officer and Chief Data Officer.

To fully understand the necessity of this new position, it is essential to first take a trip down the historical lane of AI from its inception to now as it vies for a C-Suite seat.

The first neural network was created in 1943. This feat is accorded to Wallace McCullough, a neurophysiologist, and Walter Pitts, a mathematician who wrote how neurons might work. The contributions of these two individuals laid the foundation for the growth of AI.

By 1950, Alan Turing initiated the now renowned Turing Test, which determined if a computer could think like a human or not.

The interest in AI continued to grow globally, and by 1956, the term Artificial Intelligence was coined by a 10-man team as a name for this new development.

1961 saw the first human employees replaced by robots in a company. This happened in General Motors with the creation of UNIMATE.

Development in this field spread rapidly with more people globally, exploring the heights one could attain by interacting with computer interfaces.

A 1969 algorithm made it possible for networks to perform better by having the ability to correct mistakes. This process was called backpropagation.

Moving on to 1986, researchers at the Bundeswehr University in Germany kitted a Mercedes-Benz van with cameras and smart sensors, which drove up to 55 Mph on an empty road without human effort.

The world was, in 1997, again treated to just how impressive a computer could be when IBM’s Deep Blue computer beat the world’s chess champion.

The following year in 1998, Cynthia Breazeal created “Kismet,” a robot that could relate with humans emotionally.

By 2011, another world champion ate the dust when a computer emerged victorious in the TV game “Jeopardy.”

Amazon’s Alexa was 2014 to help in online shopping, and by 2017, Google’s Deep Mind’s AlphaGo trumped Lee Sedo, the world’s Go champ, in four games to one.

With these exploits by AI, it is not surprising that it has impacted the business world. The rise of new roles related to data was inevitable. The first of these roles to emerge was the Chief Information Officer in 1981.

William Gruber first used this term, and the officer is tasked with acquiring all information necessary for a company’s growth and innovation.

By Y2K, the Chief Data Officer became a new C-level executive. As businesses began to be data-driven, this position was created.

New Kid On The Block

From 2015 however, there was a new kid on the C-Suite block, the CAIO. This official deals specifically with data generated from AI initiatives.

In order words, he answers the question: How is AI used in business?

Although similar to the role of the CIO and Chief Technology Officer, this new position requires an in-depth knowledge of technology and rapidly developing technology.

The CIO might be versed in information sourcing and management, and the CTO manages different types of software or approaches issues with the latest software.

It may take a long while for them to become experts in the latest developments in artificial intelligence and how it can be employed to achieve company goals.

Responsibilities of the CAIO

Coming to 2020, AI and machine learning are consistently changing the optimization processes of companies and even how they launch new products.

However, seeing that this is still a relatively new field, the CIO or even CDO might not have the necessary knowledge or expertise to manage the role of artificial intelligence in business.

This calls for the services of a CAIO who will advise the other executives on identifying business issues that can benefit from an AI-inspired solution.

A great example of this is how Clearview AI, a software company, scrapped billions of pictures from social media platforms and built a facial recognition app capable of identifying anyone.

This app is now being sold to law enforcement agencies and billionaires worldwide. From this example, it is clear the CAIO will be at the helm of product innovation.

Another aspect the CAIO can prove dynamic in a company is in the legal department.

Given the regulatory environment today, it is not far-fetched to think that the CAIO would be the owner of the company’s governance and data privacy standards, making sure these are enforced at all company levels.

With more companies adopting virtual interfaces and self-help options for employees, the self-service platform, governance of policies, and all will be under the CAIO.

Topics like machine learning, trust, and ethics will also be in this category.

Some other core responsibilities of the CAIO will be contracting a group of data scientists and giving training or tutoring to said group.

The officer will also communicate with clients, media partners, stakeholders, and more.

When it comes to the company’s operations, the CAIO will be responsible for executing projects from inception to delivery.

Given that in the next few decades, all companies, not just technological ones, will have embraced various AI initiatives.

This would, as such, make this new role an absolute necessity. So, clear a spot C-Suite, because the CAIO is here to stay.

We all know that AI is the future of work. The pandemic fast tracked the process and remote work is the order of the day.

Executives, as such, have to embrace AI, not only to automate the work process, but also to be able to relate with their employees.

Summarily, for companies interested in sustainability through transformation, now is the time to become invested in AI.

Indeed, yesterday was the right time, now is an opportunity that companies shouldn’t miss.