Success: CEO and Co-founder of Iris.ai

Recognition: The World's Top 50 Women in Tech 2018 by Forbes 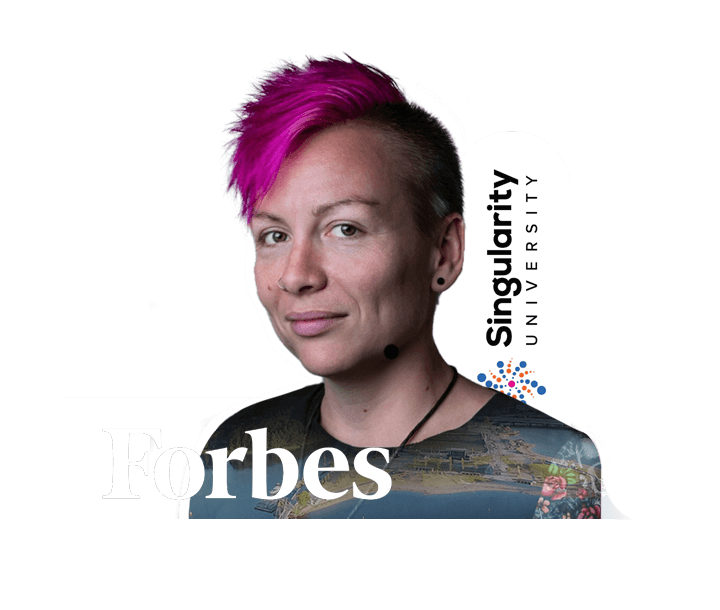 What would you do when being challenged?

Some people would say, let’s go!

Some will be skeptical if they are capable of doing the challenge.

Some would ask what the challenge is.

Millions of pieces of information and knowledge are already available and easily accessible in this modern world. Or should I say, in this modern digital world?

Yes, but is it possible to go more in-depth?

That is what the challenge our featured founder took, Anita Schjøll Brede, an AI Visionary ready to take things to the next level.

What level? Let’s find out.

Anita Schjøll Brede was born somewhere in the ’80s in Bærum, Norway.

Bærum is a municipality in southeastern Norway, located near the mouth of the Oslo Fjord, and borders the Norwegian capital of Oslo to the west. It has a long frontage on Oslo Fjord and extends many miles inland.

Lysaker, a small seaside port with paper and wood product companies, and Sandvika, a commercial center, are important communities within Bærum. There are beautiful beaches, residential areas, and numerous vacation houses owned by Oslo citizens.

Norway (the northern way) has preserved a high level of unity among its people and way of life. Norway's location is at the fringes of the north of the European continent and avoids geographic crossroads.

Unlike the typical technology entrepreneur, Anita has a slightly different background. Despite her considerable interest in science, she never learned how to program.

Instead of super-smart artificial intelligence and machine implants, Anita thinks it is programmers without awareness of their prejudices that can make modern technology scary.

After high school, Anita Schjøll Brede earned a Bachelor of Arts in Theatre and Communication Studies. She soon noticed that getting a job in the theater world was difficult, so she pursued a master's degree in entrepreneurship at Gothenburg's Chalmers University of Technology.

She founded her first startup during her first year of school and eventually landed at the Entrepreneur School, leading her to San Francisco. For the first time, she encountered the world of technology. Anita led the startup Pinexo before founding Iris.AI in 2015. Iris.ai is her fourth startup.

Brede eventually ended up at Singularity University, a California-based educational institution that deals with artificial intelligence, robotics, and biomechanics, located at NASA's Ames Research Center, the birthplace of this radical idea.

At NASA's Ames Research Center, Anita was trained to search for appropriate challenges or concerns about how technology may assist society in achieving the Millennium Development Goals.

This sparked the idea for Iris.ai: an attempt to simplify science. However, the prejudices built into the systems have also posed problems for her.

For example: Suppose Iris.ai developed software that exclusively examined reference lists in articles and made suggestions based on them.

Anita Schjøll Brede had similarities with Rachel Romer Carlson, and that is for education and knowledge become accessible. But what Brede stands out for is for her contribution to modern science’s progress through technology.

According to Brede, “Our data set would thus be biased toward well-funded universities. Stanford, Harvard, Oxford, and Cambridge have high reputations and are frequently mentioned. But it doesn't imply researchers have to explore there to discover what they need.”

She could have made AI tools like Rana el Kaliouby’s emotion AI or Luis von Ahn’s Duolingo but the artificial intelligence company decided to develop a computer that reads the full text and attempts to draw relevant conclusions based on it. A good essay from a small university might reach its professional environment in this way.

What is Iris.ai? Iris.ai is striving to become a full-fledged AI researcher, conducting literature-based studies. Brede created Iris.ai, which will connect millions of research-based theories to create and validate new ones.

The Iris.ai tools that are currently accessible are only the beginning. Finally, Iris.ai will be an essential companion to researchers, capable of inferring and discovering novel answers from massive scientific information and Iris.ai is redefining scientific research.

Iris.ai came to mind as a messenger, bringing essential knowledge from powerful beings - like researchers - to the right people at the right time.

Victor Botev, CTO and Brede’s co-founder, explained that they enable clever leveraging of information in millions of scientific text documents: without pre-indexing or any other significant human training.

This enables our users to perform tasks:

Anita Schjøll Brede shared that the obstacles they had to overcome included attracting top-tier talent.

They've done it by unifying around a big vision and being a remote team that will hire people wherever they are, especially machine learning engineers.

Because of this, it allows Iris.ai to find people who would prefer not to relocate an AI hub.

They have also had to work hard to acquire VC funding. It's challenging to get a lot of attention, and everyone wants to talk, but working with complex technology in a sophisticated business, no one has you as their core investment thesis.

Fortunately, Iris.ai has built an exceptional team that sticks behind Anita and its co-founders through thick and thin and can do incredible miracles when needed!

Iris.ai is developing an extraction tool for essential data from patents with a great client.  Christine Spiten, Odd Reitan, Erna Solberg, Arne Wilhelmsen, and Johann Johannson are among her main contacts.

Working on proof of concepts with businesses that understand their needs and the problem they want to address but acknowledge that creating it themselves is outside the range of their primary competence is enriching.

Iris.ai won the bid and has been working on the project for eight months; they are almost done. Seeing the customer thrilled because they got precisely what they needed from a difficult technical assignment is incredibly exciting.

Over the past four years, Iris.ai has competed in the AI for Good XPRIZE and has been selected as a Top 10 Semi-finalist.

In December 2017, Iris.AI raised $2.4 million. Leo Pharma in Denmark, the University of Helsinki, and universities in Norway are among the users. Admission to universities costs roughly 250,000 NOK each year.

In 2018, Anita was on the board of the Ulstein Group. She also served on the boards of Katapult Group and NORA Startup (Norwegian Artificial Intelligence Research Consortium).

Iris.ai’s research, technology, impact, and team have all been repeatedly vetted and deemed sound, solid, and contributing to the field of Artificial Intelligence during the judging process. Iris.ai is genuinely proud of its researchers’ great accomplishments.

Iris.ai has spent the last five years developing an award-winning Artificial Intelligence/Machine Learning engine for scientific text understanding. It is now educated and specialized in chemical research. This enables the Oslo, Norway-based start-up to create a new suite tailored to the chemical sector.

Iris.ai provides intelligent solutions for chemical R&D, allowing researchers to easily use information from millions of documents such as research papers, patents, and internal paperwork.

The Iris.ai Chemistry engine may also generate custom-tailored tools from the modular framework.

When challenged to develop a proposal that would improve the lives of 1 billion people, the group quickly discovered a shared frustration with access to and passion for the value of scientific information.

The founders spent the next four years developing a core AI engine and a suite of tools for academic researchers, successfully deployed at university libraries across the Nordics, before taking on the next challenge: focusing the machine on chemistry research and developing more focused tools for industry.

Iris.ai: The Future of the Past

Brede believes that even artificial intelligence based on a data set that accurately mirrors reality is possibly hazardous. The concerns with future technology are that it will not enter our bodies or enslave humans to machines, but that it will look too much like the past.

Data sets are based on the past, but this does not always imply that the past is the future we wish to create.

Iris.ai's CEO and Co-Founder is Anita Schjøll Brede. She is also an AI faculty member at SingularityU Nordic.

Her career has spanned ten industries over the last decade as one of the world's top 50 women in technology.

She also visited six universities along the way and built a race car.

What we are creating may not be comprehensive enough for today’s modernity. Maybe it is meant for future generations to come.

Imitate Anita Schjøll Brede to be a visionary. Be on a quest to change the world.

Like Alan Turing, the Father of Computer Science and Artificial Intelligence, Anita Schjøll Brede is also a visionary. She sees the possibility of changing the world through technology, artificial intelligence, and science.