Recognition: Inducted into the 2001 National Inventors Hall of Fame 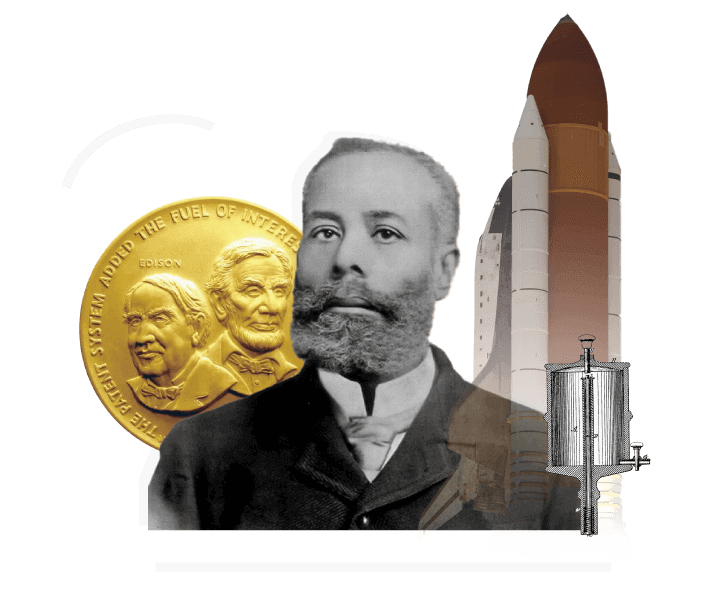 A Glance at the Emergence of a Genius

Imagine riding on a train, and before long, it has to stop to let oil field workers lubricate the machine to avoid breakdowns.

Wouldn’t you admire the bravery of these men? Indeed you should!

Elijah McCoy did precisely those things for years until he found a way to automate lubrication so the train didn’t have to stop for lubrication anymore. And men’s lives wouldn’t be in so much peril.

Let’s take a glance at the emergence of a genius.

Elijah McCoy’s life started on May 2, 1844. He was born in Colchester, Ontario, to George and Mildred Goins McCoy.

Born free on the Ontario shores of Lake Erie to parents who fled enslavement. To understand the struggle George and Mildred McCoy had during their time, we had to know important parts of American history, such as African-American history and fugitive slaves that led to underground rails being freed from enslavement.

Despite being a Canadian-American, Elijah McCoy was not exempted from his African-American ancestry that faced many challenges.

The term fugitive slaves or runaway slaves were used in the United States in the 18th and 19th centuries to describe enslaved people who fled slavery. Fugitive Slave Acts of 1793 and 1850 are also included in this definition.

As liberationists, they refer to themselves as freedom seekers in order not to suggest that the enslaved person is the injured party and the slave-holder is the offender.

As fugitive slaves, Elijah’s parents escaped from Kentucky to Ontario via helpers through the Underground Railroad. George and Mildred arrived in what was then known as Upper Canada in 1837 via Detroit.

Early in his life, Elijah McCoy showed a keen interest in mechanics. Elijah was particularly fascinated by mechanical devices, and he spent much of his boyhood tinkering with machines. The fact that he often repaired broken ones made his parents happy.

McCoy attended black schools in Colchester Township under the Common Schools Act as amended in 1850.

Why was there a need for segregation?

In everyday life, racial segregation is the systematic separation of people into racial or ethnic groupings.

According to the Statute of the International Criminal Court, racial segregation is apartheid and a crime against humanity. Segregation can take the form of physical separation between races and the need for individuals of various races to utilize different institutions such as schools and hospitals.

It can be used for dining in restaurants, drinking from public fountains, using public restrooms, going to school, going to the movies, riding buses, renting or purchasing a property, and renting hotel rooms.

So at age 15, Elijah McCoy was sent to Scotland.

McCoy traveled to Edinburgh, Scotland, to study and begin an apprenticeship at the University of Edinburgh with the help of his parents. Having become a certified mechanical engineer, Elijah McCoy returned to Michigan to join his family.

In 1859, McCoy's family moved to Ypsilanti, Michigan, in the United States. Returning to America, Elijah settled on the farm of John and Maryann Starkweather in Ypsilanti. George established a tobacco and cigar business by using his skills as a tobacconist.

Even with excellent credentials, McCoy could not find work as an engineer because of racial barriers.

Elijah could only find work as a fireman and oilman on the Michigan Central Railroad, so McCoy took on that position. Working as a fireman/oilman was a far cry from engineering, but it allowed him to develop his ideas for making the lubrication of moving parts much easier.

‍It was in this occupation that he developed his first significant inventions. Elijah McCoy invented an automatic lubricator to oil steam engines of ships and locomotives.

As a result of his invention, he could patent 1872 Improvement in Lubricators for Steam-Engines (US Patent 129,843).

McCoy had patented similar automatic oilers previously, and McCoy observed firsthand the shortcomings of the present system of oiling axles. This gave birth to the pioneered concept of continuous lubrication.

In turn, Elijah invented a device called the lubricating cup or the oil-drip cup, as it was colloquially known for its ability to move oil evenly over the engine parts while it was going.

It would be adjusted and modified to apply to different types of machinery. Versions of the cup were later used for steam engines, naval vessels, oil-drilling rigs, mining equipment, factories, and construction sites.

Elijah McCoy's most famous invention would be the lubricating cup that automatically drips oil when and where needed.

The majority of his inventions are related to lubrication systems. But out of necessity, he also developed designs, including an ironing board, a lawn sprinkler, and other machines.

In 1872, McCoy received a patent for the device. It was enormously successful. Orders for the lubricating cup came in from railroad companies all over the US. Many inventors attempted to sell their versions, but most companies wanted an authentic device. They would request for the Real McCoy.

People sometimes ask for the real McCoy to ensure they get the real thing—a high-quality product or service. It's unclear where this phrase originated, although many assume it was coined by Elijah McCoy to himself, one of America's most prolific innovators.

In 1882, McCoy's hydrostatic lubricator for locomotive engines and his designs for ship engines considerably impacted the transport industry in the late 19th century.

Technology descended from this and continued to be widely used throughout the 20th century. According to the Michigan Bureau of Labor and Industrial Statistics, almost all railroads in North America used McCoy lubricators by 1899.

In 1915, he patented the graphite lubricator designed for superheater locomotive engines. This became his most elaborate innovation. Elijah McCoy continued to improve and build additional devices and was featured in journals such as the Railroad Gazette at the time.

Most of his inventions were for lubricating systems, including one in 1898 that incorporated a glass ‘sight-feed’ tube to check grease supply rate (US Patent 614,307).

McCoy’s ingenuity earned him a place in the Black community that has lasted. He continued to create until his passing, gaining 57 patents, most linked to lubrication, but others focused on lawn sprayers and ironing boards.

He became well-known among his Black contemporaries around the turn of the century. In his book Story of the Negro (1909), Booker T. Washington credited him with producing more patents than any other Black innovator at the time.

He frequently transferred his patent rights to his employers or sold them to investors since he lacked the funds to mass-produce his lubricators.‍

Variants of his original lubricating cup are still widely used in factories, mining machinery, construction equipment, naval boats, and even space exploration vehicles. The impact of McCoy's ingenuity and the quality of his inventions have created a level of distinction which bears his name. The real McCoy.

This expression became part of our language, as the ‘Real McCoy’ meant whatever was the best and genuine article applied to all things. And so, together with his inventions, his name is one of Elijah McCoy’s most significant legacies.

Elijah remarried for the second time in 1873 to Mary Eleanor Delaney. When McCoy found employment in Detroit, the couple moved there. The Phillis Wheatley Home for Aged Colored Men was founded in 1898 by Mary McCoy.

The McCoys had an automobile accident in 1922. Mary died, while Elijah suffered critical injuries from which he never fully recovered. The 85-year-old McCoy died in the Eloise Infirmary in Nankin Township, now Westland, Michigan, on October 10, 1929, from injuries sustained in a car accident seven years earlier.

When I think about Elijah McCoy, these two words come to mind. His success and everlasting legacy are founded on these two commendable traits.

He fueled the economy to the next century and beyond with his engineering genius. Our means of transportation wouldn’t be where it is today if not for him.

The quality of his inventions is as good as a solid handshake in the olden days, as good as the ink on the contracts in modern business settings–The Real McCoy indeed!

There is always room for creativity and improvement in life and business.

Imitate Elijah McCoy by not allowing what you are to interfere with your potential for brilliance. Due to racial segregation, his employment options were limited, but this did not restrict him from showcasing skills and innovation.

In business, Elijah made sure his products were of quality work. McCoy was the real thing, and the footsteps left by the real McCoy must be imitated.

“Be a yardstick of quality. Some people aren’t used to an environment where excellence is expected.” - Steve Jobs