Almost there! Please complete this form and click the button below to gain instant access.
Add your Email Address to download
Thank you! Your submission has been received!
Oops! Something went wrong while submitting the form.

Recognition: Included in USA Today’s Top 10 Entrepreneurs to Watch as They Innovate and Expand Companies in 2021

Honors: Included in Bold Business' 8 Innovative Entrepreneurs to Watch in 2022 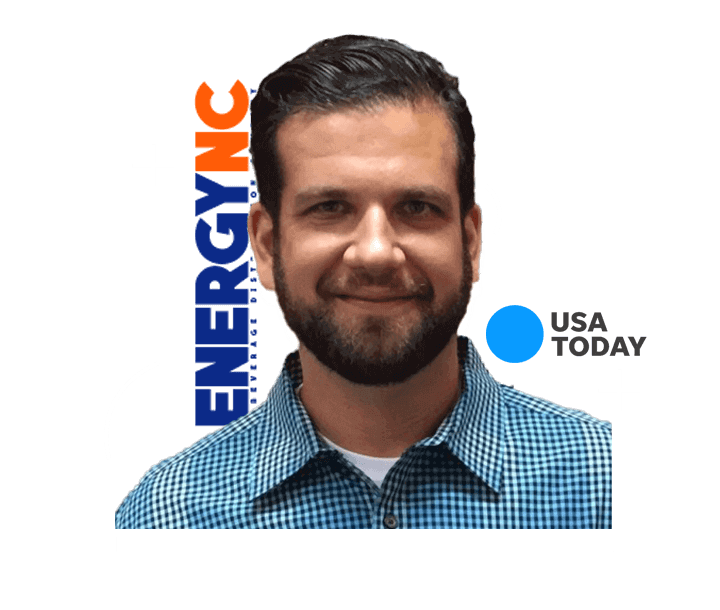 When you go shopping for your meals for the week and stroll your shopping cart down the grocery aisles, you wisely choose good products that give nutritional value to what you eat, not just what your pocket is dispensing.

Parents might wonder how much sugar content these cereals their toddlers are eating or how many preservatives are in the packaged meals they are contemplating buying?

People who are conscious and careful of what they eat are always after the best nutritional value. Sometimes, unhealthy products are plaguing the grocery aisles or are not available in the American Market. But do you know what’s worse? When you live in regions where healthy food is not accessible, you realize that you are in a food desert.

Yousef Abuzuaiter saw the need for healthy food options when he experienced early challenges. Health became a priority to him, and bridging healthy retail access became the goal.

Yousef Abuzuaiter is a North Carolina native who grew up in the retail industry at the early age of four.

With early exposure to the retail side of convenience stores, Yousef Abuzuaiter has had a natural feel for running a retail business since he began helping out at his father’s convenience shop on weekends.

Born to an immigrant family, Yousef’s father came to the US with only $3 in his pocket. Found a way to set up convenience stores in Greensboro, North Carolina, and managed the business to support his family while slowly teaching Yousef the ropes at a young age until high school and college. By assigning Yousef tasks in helping out in the register, he learns how it is to do hard work and earn money.

Thanks to his father’s hardworking quality, Yousef was taught years of valuable life skills along the sideline. By accompanying his merchant father in the convenience stores, Yousef learned business communication and interpersonal skills, decision-making and problem solving, and management and leadership skills that paved the way for exponential growth for future success.

Yousef attended Greensboro College in Greensboro, North Carolina. It is a private college institution affiliated with the United Methodist Church, founded by Rev. Peter Doub in 1838.

Yousef studied psychology and Sociology while carving out an athletic career in football. It was a promising future that he had planned for himself to graduate from college and inherit the family business. Yousef’s father has patiently built the business throughout the years so that he can pass it down to his son and enjoy his retirement when the time comes. It all came to rest when in Yousef’s mid-20s, he was diagnosed with Hodgkin’s disease.

Hodgkin’s disease, also known as Hodgkin’s lymphoma, is a type of blood cancer that affects the lymphatic system. It is a part of the body’s immune system that fights germs. White blood cells called lymphocytes grow quickly and wildly in Hodgkin’s lymphoma, generating swollen lymph nodes and growths across the body.

While being treated with chemotherapy, he was still helping out in the business. Because of what is in the chemo, simple things trigger Yousef making him feel seriously ill such as the smell of gas or the color red from the products coming in the store. This makes operating and supervising the checkout counter at their family’s convenience stores is more challenging. Yousef Abuzaiter quickly became exhausted, even if he only stood behind the register for a few minutes.

Abuzuaiter did not let his condition stop him from pursuing a career in the food and beverage industry.

Yousef realized he could not change his current situation and had to move forward while treating himself. His hard-working character prompted him to continue to want to do something productive. Years of experience in the retail business allowed him to think like an entrepreneur, and an idea sparked in Yousef’s mind. He thought of selling products, which led to pivoting his career direction while accepting the challenges he faced.

Founding EnergyNC in 2005, Yousef has built a beverage distribution company with exclusive distribution focusing on unique, thirst-quenching, and delicious drinks while providing good customer service to their consumers and growing constantly.

Being in the industry all his life, Yousef knows what to expect following this road. He started selling from the trunk of his car. Today, EnergyNC is the largest independent beverage supplying company in North Carolina to date.

EnergyNC’s commercial success paved the way for launching another company that created a vision and mission for its beverage distribution company. In 2018, Abuzuaiter launched OhFresh Brands, an importing and manufacturing company, to bring more healthy international consumer items to the United States.

Innovation doesn’t only mean going advanced. It means advancing in still holding on to the market’s basic needs. In this case, it is how Yousef innovated.

According to the US Department of Agriculture, about 10% of the approximately 65,000 census tracts in the United States are food deserts. There are about 13.5 million people who do not have access to healthy food sources.

What is a Food Desert?

Food deserts are places where people are living and have limited access to nutritious and accessible food. Food deserts could be due to a lack of resources or the need to travel further to obtain healthy food options.

Because of limited access to healthy foods, residents living in food deserts may be at a higher risk of diet-related diseases like obesity, diabetes, and cardiovascular disease. Several national authorities are now financing efforts to prevent food deserts from forming and increasing people’s access to food in those that already exist.

During his travels in Asia, he encountered a lot of ready-made products that could pass the American standards. Yousef’s travels around Asia showed him how Asian food is well ahead of American trends, especially the ingredients Asia used for the ingredients in their drinks and snacks. The beverages are still high in value even though Yousaf didn’t find them to be particularly functional drinks.

Asian cultures have a long history of dietary wellness practices. They have long been at the leading of discovering and introducing the advantages of natural dietary ingredients into their diet with high nutritional value. Furthermore, health is taken a serious note in Asia.

With American Food Deserts on the rise, Yousef Abuzuaiter founded OhFresh Brands with his brother. True to its name, OhFresh Brands is a healthy beverage and snack manufacturer, distributor, and importer.

Their goal is to eliminate the shortage of nutritious food nationwide. Their vision and mission are to make healthy food accessible within these neighborhoods despite socioeconomic obstacles such as income levels, location, race, ethnicity, and job and career opportunities. ​​Yousef and his brother are among the most successful entrepreneurs today because of their purpose and ability to scale so far.

Question: Why should you buy healthy drinks and foods from other countries rather than your own country?

OhFresh Brands is dedicated to providing healthy food options to those communities without access to them. OhFresh negotiated exclusive import deals with established brands taking a stand on the health movement in other nations long before America decided to put Coca-Cola down and find healthier alternatives by sourcing products from Asia and other countries.

People throughout the world recognize the need for more nutritional and healthier foods. Obesity and its effects are still serious public health issues in many countries. These physical conditions further raised the chance of COVID-19 problems. Some innovative businesses address the current health problems from a business standpoint after realizing their urgency.

Snack and beverage companies are increasingly introducing health-focused items into their inventories, a trend that Asian countries have been promoting for years.

OhFresh collaborates with international partners to bring consumers goods with proven nutritional value. OhFresh is challenging the status quo by giving residents healthy alternatives to the processed food and beverage many have been forced to become accustomed to in America’s food deserts, where nutritional health is seldom a priority.

Since its launch in 2018, OhFresh has served over 20,000 businesses globally. This includes 3500 in the US and many in food desert regions. By targeting food desert areas, OhFresh is intended to improve the livelihoods of the locals by giving them better food options.

Yousef Abuzuaiter is a Business Partner of Ali Mousavi Photography by Aliwasthere.com. Starting his venture with Ali Mousavi, a photographer from Amsterdam, they have been doing business for almost 12 years since 2010. They give photography services for all events specializing in music festivals and the music scene. Ali Mousavi Photography’s clients cater to international and local clients from Amsterdam and famous brand names like EnergyNC, Bacardi, Converse, Heineken, Hennesy, Jack Daniels, MTV, Melkweg Amsterdam, Mojo Concerts, Paradiso Amsterdam, PUMA, and Reebok to name a few.

In 2018, Yousef Abuzuaiter started another business venture in its home state, North Carolina Area. Entering the other possibilities in the tech industry, VR Solutions & Gaming is still running to its present day.

In the same year, 2018, Yousef Abuzuaiter is truly not putting his eggs in one basket. Opening another venture in Renewable Miners: a Renewable Crypto Mining that aims to be a highly profitable, global crypto-mining infrastructure researched and developed while using renewable resources from our solar system.

For three years, Yousef Abuzuaiter has been stealing attention from big names in the print media such as Forbes and USA Today.

In August 2020, Yousef Abuzuaiter and OhFresh Brands were listed by Mindful Media PR as 2021’s top founders that change the way we do business.

In September 2020, Forbes interviewed Abuzuaiter, and wrote an article about how he overcame his health challenges and business challenges and success in a detailed manner. “How OhFresh Brands CEO Yousef Abuzuaiter turns his passion for traveling into a Healthy Beverage Powerhouse.”

In May 2021, Yousef Abuzuaiter received attention from USA Today and continued highlighting his accomplishments with EnergyNC that paved the way to launch OhFresh Brands. He was one of the Top 10 Entrepreneurs to watch as they innovate and expand companies in 2021.

In February 2022, Yousef is still performing well because of continually catching media attention. The Bold Business published another article, and he is among the 8 Innovative Entrepreneurs to watch in 2022.

Sometimes, life knocks us down with what seems like an extensive non-altering life course. We have no control over what happens to us, but we have the power to decide for ourselves and make good choices.

Yousef Abuzuaiter decided to be brave and optimistic. He knew he could not continue working behind registers because of his circumstances; Yousef used it as a stepping stone to something greater. Using his resources–knowledge, skills, and a great idea–he started things rolling despite starting as low as selling at the back of his trunk during his start-up days.

Other aspiring entrepreneurs are afraid to take risks in the business world because of the probability that they might fail. Imitating Yousef’s determination and hard work will help you to continue striving. Yousef may fail the first time with EnergyNC but altering your original plan because of health conditions is undoubtedly a disappointment for someone who has already set their eyes on the future. Sometimes good things happen if you are just patient, optimistic, and determined.