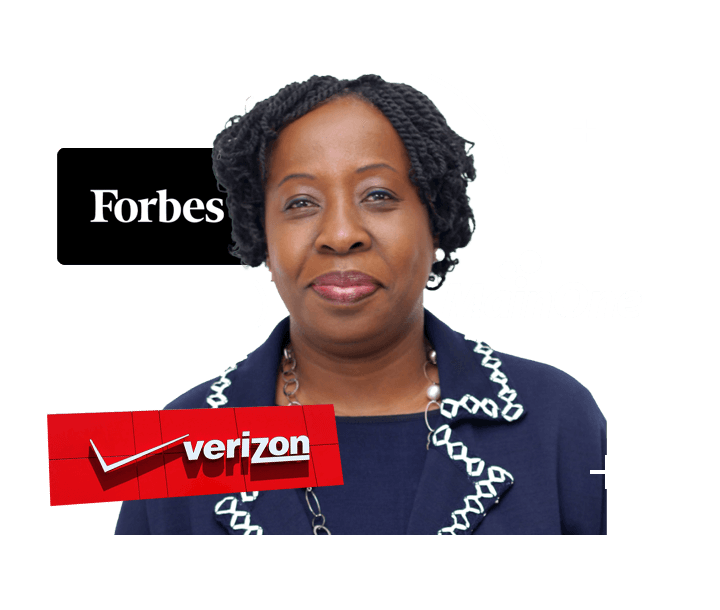 Return to Nigeria: The Need to Ring

Technology has revolutionized how businesses work and how people interact online. Today, over 60% of the world population is active on the internet. But what about the rest of the world?

After 20 years in the United States of America, Funke Opeke returned to her home country of Nigeria and noticed a problem that she was determined to solve. Through her experience and educational background, she founded one of West Africa's significant innovators in telecom services and network solutions for businesses.

Olufunke Olayemi Opeke, known as Funke Opeke, was born to parents from Ile- Oluji of Ondo State, Nigeria. She was born and raised in Ibadan, the capital of Oyo State, while she is originally from Ile-Oluji in Ondo State. Funke Opeke hails from the neighboring state where Anne-Marie Imafidon’s cultural roots is from, Edo State, Nigeria.

Opeke got raised by successful parents who pushed her and her siblings to pursue their passions to the utmost extent possible.

Her father, late Professor Chief L.K.Opeke was a director of Cocoa Industries Ltd, one of Nigeria's most prominent corporations in the 1980s. He received the World Cocoa Gold Merit Award in addition to being the first Nigerian Director of the Cocoa Research Institute of Nigeria. Chief Opeke was also a member of the Federal University of Technology's first Senate, holding the position of Dean of the School of Agriculture and Agricultural Technology in Akure, Ondo State. Her mother, a retired teacher, was the principal of several Catholic private schools.

Funke Opeke went to Queens School in Ibadan, Oyo State, Nigeria, exclusively for girls. She did her Bachelor's in Electrical Engineering at Obafemi Awolowo University.

After finishing her Bachelor’s Degree, Funke Opeke pursued her Master's in Electrical Engineering at Columbia University.

Notable figures who went to this Ivy League school from the reconstruction era to modern times are Leo Baekeland, who is dubbed as the King of Plastics for the invention of plastics and Ursula Burns for changing modern generation’s roles in women.

She remained in the United States after completing her master's degree in engineering at Columbia University due to lack of something to return to in Nigeria at the time.

She had opted to pursue a profession in information and communication technology, and Nigeria was far behind in this area.

After graduating from Columbia University, she began her career in ICT as an executive director with Verizon Communications' wholesale division in New York City. She later joined PA Consulting and then Sendmail as a systems engineer.

After living in the United States for more than two decades, prospects in the telecommunications sector began to emerge in Nigeria, and Opeke was interviewed and hired as MTN's Chief Technical Officer in 2005.

Since January 21st, 2015, she has served as an independent non-executive director of Atlas Mara Limited (Atlas Mara Co-Nvest Limited).

Funke struggled to acclimate to the landscape and environment after being out of the nation for more than 20 years and having never worked in Nigeria since her Master’s degree. She came from a country with excellent internet access and struggled to cope with Nigeria's lack of reliable internet infrastructure.

Just like Funke Opeke, the same is true to Amy Jadesimi, who went to London, UK to study and went home to Nigeria and became an economic force in the country. Now Funke Opeke is revolutionizing a digital necessity in today’s modern world to Nigeria.

As Africa's most populous country, Nigeria has relied heavily on the telecommunications sector, which is critical to its burgeoning financial services industry and demanded by its young population.

Developing a telecommunications infrastructure for an entire region; was not easy with all of the technological, logistical, and regulatory issues.

After returning to Nigeria and witnessing the country's poor internet access, Funke Opeke saw firsthand how profoundly technology had changed cultures worldwide, which is why she determined to bring this revolution to Nigeria, where she was born and bred.

Her desire to better her own country led to the establishment of Africa's largest cable company.

In 2008, she founded Mainstreet Technologies, the company behind the MainOne Cable's construction, after noticing how terrible internet access was in Nigeria.

Her experience working for NITEL, a public telecommunications company, taught her that satellites were only one part of the problem.

As a result, in 2008, she turned her engineer's attention to the sea, raised $240 million in funding, and built a 4,400-mile fiber optic cable connecting Nigeria and Portugal. Big business was quick to follow suit.

MainOne owns and operates a 7,000-kilometer subsea network between Nigeria and Portugal and a 1,200-kilometer terrestrial fiber network in southern Nigeria.

The company's digital assets have assisted connectivity to and from Europe, West African countries, and Nigeria's key commercial communities.

The company, which serves enterprises in more than ten African countries, is now an Equinix subsidiary, and the deal got valued at $320 million, pending regulatory approval. When finalized, it will be Nigeria’s most prominent tech acquisition and the first significant deal led by an African woman in the tech industry.

MDXi, Nigeria's most significant commercial Tier III data center, in January 2015, and in November 2015. The company added a submarine cable extension from Lagos to Cameroon. With additional submarine and terrestrial fiber deployments and the creation of new data centers in Nigeria, Ghana, and Cote D'Ivoire, the firm continues to expand its network reach across West Africa.

Customers can host infrastructure in the Data Center, which is assured to provide high levels of availability and rich connection with a worldwide network of customers, partners, and suppliers, providing reliable service delivery to enterprises across numerous industries.

The new MDXi data center, in keeping with its parent company's telecoms leadership, provides open access connectivity to all of Ghana's major telecom networks and direct access to MainOne and other submarine cable systems.

The data center, which includes private data center suites, enterprise-grade 24x7 multi-level security and video surveillance, precision cooling, safety, and fire suppression systems, and multiple redundancies built into the power, cooling, and security infrastructure, is the latest addition to MDXi's list of data centers in West Africa that have provided exceptional services for nearly a decade.

Funke Opeke is also the creator of Mainstreet Technologies, a financial software development firm that works with both governments and businesses.

Equinix is the world's digital infrastructure firm, providing a trusted platform for digital leaders to bring together and interconnect the core technology that drives their success. Equinix gives today's organizations access to all of the relevant places, partners, and opportunities they need to gain a competitive edge. They can scale with agility, develop digital services faster, deliver world-class experiences, and multiply their value with Equinix.

Equinix is in the process of purchasing MainOne for $320 million.

Under the terms of the deal, the management team will remain in their current positions.

Funke Opeke was listed in The World's Top 50 Women in Tech in 2018 by Forbes and won Business Leader of the Year in 2018. Anita Schjøll Brede was listed together with Opeke by Forbes magazine.

During the Data Cloud Europe conference in 2017, she was named one of the top 50 most significant persons in the economy in Europe, the Middle East, and Africa.

"Infrastructure is happening around us, and we need to do more to grow the economy and build the future we desire. The world needs to go digital."

“No one is going to do it for us. Unless we address our problems as Nigerians, there is no manna coming from heaven to save us.”

“Raising money is the most difficult thing I ever did as an entrepreneur. Use your resourcefulness to build capacity, and that capacity will bring capital.”

“To start a business, you need to learn and listen to other people who are in business.”

“Infrastructure is happening around us, and we need to do more to grow the economy and build the future we desire. The world needs to go digital.”

“Africa needs to re­tain more lo­cal traf­fic within the con­ti­nent to drive more value from the in­ter­net.”

Nigeria's internet presence, which was once mainly associated with scams, became a booming sector with international business opportunities. Opeke often gets acknowledged as being the catalyst for this change.

Funke enlightened us that our gender should not limit us by entering the male-dominated industry and achieving immense success. She is an example of believing in oneself and working towards achieving results.

While starting her career in the telecommunication industry in her country, many people underestimated her, but she defied all odds to achieve tremendous success than no other. This shows that we should not focus on the negativity around us but be optimistic about achieving results.

Through her work, we learn that we should not be afraid to explore untapped sectors or ensure an effective outcome in a fraud industry.

Funke is not afraid to stand up, establish herself, generate results, and actively take on obstacles within her male-dominated sector. She is a strong supporter of technological fields and encourages young women to achieve their ambitions.