Login
Get a Demo
Subscribe to our Weekly Update!
Resources /
Gender Pay Gap: The History and Future 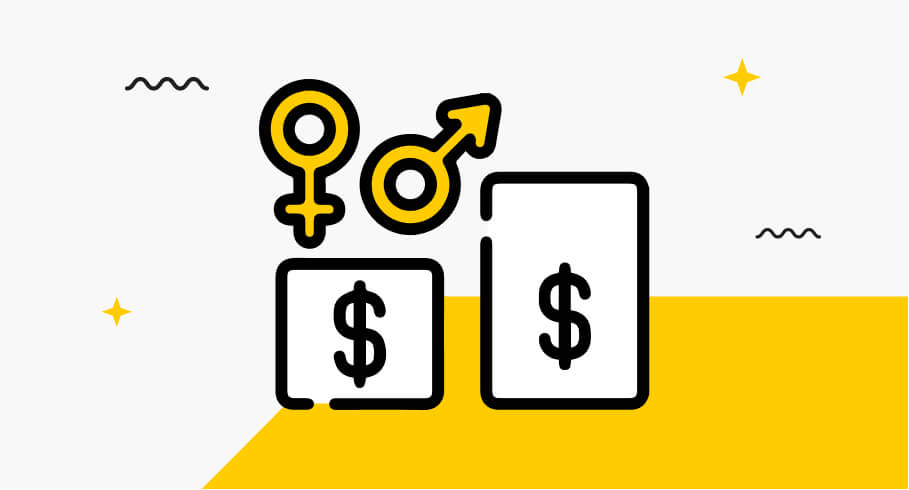 Gender pay gap statistics have always been shocking, till today. Is it possible to wait for over 100 years for fair pay?

The fight for equal pay is long and hard. But there are bold individuals and groups to credit for the advances that have been made. In this article, I will discuss gender pay gap facts and where we are at now.

For over 50 years, women have been legally entitled to the same salary as men for equivalent work. And this series of events is what made it possible.

In 1886, during the 1888 TUC Congress, she became the honorary secretary of the Women’s Trade Union League and presented an equal pay petition.

In 1889, she helped form the Women’s Trade Union Association and later the Women’s Industrial Council.

Black has also been a participant of the Anti-Sweating League Executive Committee and has written trade boards books with minimal salaries. She was also an active participant of the Fabian Society and the London Branch of the National Union of Women’s Suffrage Societies.

NFWW was founded in 1906 as a universal union opening to all women working in a wide variety of sectors.

It specialized in jobs where employment dominated, wages were low, and union activity was ineffective compared with the craft unions that organized women workers in the late nineteenth century.

The Scottish suffragist Mary Macarthur has been instrumental in organizing campaigns opposing sweated industries, including mobilizing popular backing for the strikes, advocating for reform efforts, and working for the broader labor movement across the NFWW’s history.

Upon Her, Their Lives Depend

Women were recruited in considerable numbers to work during WWI (1914-1918) in positions vacated by men. The enormous demand for weaponry made it the most significant single female employer in ammunition companies during 1918. During this period, through camps and recruiting efforts, the authorities proposed organizing the participation of women.

RELATED READ : Men and Women's View on Entrepreneurship: Is It Really That Different?

Once again, trade unions raised worries about the reduction of men at work and tried to secure the temporary working of women in wartime.

In December 1941, the government recruited unmarried women aged 20-30 as auxiliary workers to the military, civil defense, or military enterprises. The government encouraged the women to engage in the war effort through propaganda fliers.

The Royal Commission report suggested that equal pay for women teachers and public workers after the war. The Education Act of 1944 specified that women trainers would not have to stop working when they married.

A system to ensure equal salaries for women and men performing the same work in non-industrial government service was devised in 1955 after significant lobbying, involving protests and petitions. Women teachers had equal pay in 1961 as a result.

On 7 June 1968, the Ford sewing machine strike began, following the women sewing machines at the Dagenham plant of Ford Motor Company of Limited in London; they later moved on to Ford’s Halewood Body and Assembly plant.

The ladies manufactured vehicle seat coverings, and the strike finally stopped all automobile manufacturing when the stock went down.

Three weeks after a contract, which instantly increased its salary rate to 8% less than that of men and boosted it to the total Class B rate in the next year, was signed.

‍The Heroine in Every Hero

There are several theories for the ongoing salary difference. One is that older women have a role in the equation of the pay gap, but most of those older ladies still work in jobs susceptible to historical attitudes and situations.

As a comparison, teens in the 1990s exhibited more legal and social development than women. For example, in 2021, for every $0.82 that women make, their male counterparts make $1.

Apart from gender, race, ethnicity, disability, and access to education are also the mitigating factors why the pay gap remains unsettled.

Employers prohibit their employees from discussing their wages, which exacerbates the situation.‍

Numerous industries up to the present day still have low representation of women across their sales departments. The salary pay gap continues, particularly in technology.

A study by Harvard Business Review reveals that women rank more highly than men in 12 out of the top 16 leadership qualities, including problem-solving, communication skills, and innovativeness.

However, employers continually overlook women, who still tend to view men as being more competent. Also, noteworthy is the fact that women-led teams perform better. So why do women have less pay and are not priorities in the sales industry?

Knowing and understanding why a problem is occurring is the first step to achieving change.

Dr. Sasha Shillcutt, gender equity researcher and founder of Brave Enough, explained that we as a society are “not conditioned to value women’s work the same as a man’s work.”

Family-related duties like childbearing and childrearing are perceived to be costly to the company. Unfortunately, even if women return to work after having a child, they often face what is known as the “motherhood penalty.”

There is a preference towards men and prejudice towards women, resulting in unfair differences in the way employees are treated and valued.

During the hiring process, questions about whether a female candidate intends to have children or suggestions in your job spec that the role is more for men contribute to an unfavorable recruitment strategy for women.

Having outdated views about men and women, such as obsolete gender types and sexist views, puts women at a disadvantage.

RELATED READ - Gender Diversity: Still a Barrier For Women in the CEO Role?

Worldwide, only 76 out of 189 countries have laws that mandate gender equality. Even as the wage gap in labor undermines a country’s competitiveness and limits its economic growth, still gender-based disparity is prevalent.

The pay gap is also wider for marginalized women, including women with disabilities and women in the LGBTQ community. ‍

Careers That Have The Biggest Pay Gaps

Women earn less than men in almost all occupations, but this is more pronounced in fields that predominantly employ men and professions with a proportionate mix of women and men. The most significant pay gap is observed within the finance and sales professions.

Across the SaaS & Cloud Software industry, men are paid more despite women matching or exceeding quotas of their male counterparts.

Since the contemporary women’s movement in the 1970s, stereotypes and beliefs have weakened considerably in favor of women. However, they persist and hamper efforts to achieve full gender equality. Gender inequality is found in differing degrees in most societies around the world.

Therefore, it is crucial to reduce parents' and other adults of girls and boys into traditional gender roles.

Another must is to confront gender stereotyping by the famous and news media.

For gender inequality to continue to decrease, a strong women’s movement must continue to remind us of the sexism that persists in American society and the rest of the world.

Experts suggest the best way to close the gender gap wage is at the forefront of the workplace.

Companies must implement human resources best practices and remove gender bias at every stage of the recruitment, hiring, negotiation, and promotion processes.

Boost mentorship efforts to increase the number of women in traditionally male occupations and positions of political leadership.

Acknowledge, trust and reward a person’s abilities regardless of gender. Hire the best person for the job. Period.‍

Observation 2: Countries with NO legislation have seen their gender pay differences increase on average.

Iceland continually ranks as the most gender-equal country in the world. But the Nordic nation raised the global bar for pay parity in 2018 when it became the first-ever country to make it illegal for employers to pay women less than men.

Here are some of the countries that are actively addressing the pay gap issues:

Also, the Lilly Ledbetter Fair Pay Restoration Act, which permits women to submit complaints against their employer by the government of pay discrimination within 180 days of receiving their last salary check, was signed during the Obama administration.

Obama, in addition, introduced the Paycheck Fairness Act to narrow the pay gap in the US, demanding the Equal Employment Opportunity Commission to include firms with over 100 workers who pay the employees by their race, gender, and ethnicity (EEOC).

Legislation like the Paycheck Fairness Act, introduced in January 2021, is a big step. The bill addresses specifics of wage discrimination based on sex. One would increase transparency in pay rates and salaries, enabling women to learn if they earned less than similarly situated men.

The World Economic Forum report states that it will take more than 257 years to close the pay gap. The COVID 19 pandemic set us back an additional 25 years.

But some people are dedicated to changing the status quo. Shelly Zais, The Female Quotient Founder, and CEO said it’s also about policies and benefits in the workplace. “This inequity is certainly a leadership issue,” she said. “We are hoping to inspire action to close these gaps within five years.”

The cause and the fight live on! Equal pay for equal work. Equal pay benefits the community, society, and the country’s economy in general.

It is never too late to make this year the women’s equality year!