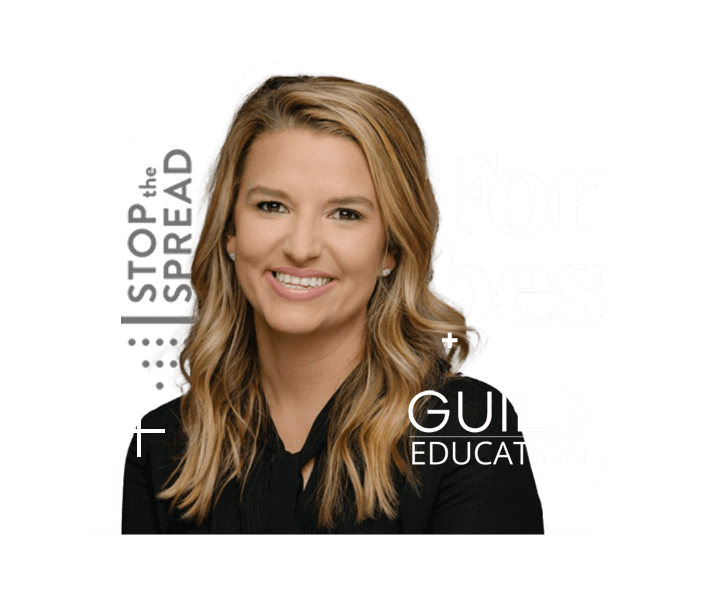 What does it mean to be powerful? Is it the kind of power that gives you fame, wealth, or status? Many will raise eyebrows and disagree with the meaning of power in knowledge. Knowledge doesn’t fall from trees, just like money doesn’t grow on trees. Being knowledgeable comes from good education, and education doesn’t come cheap.

Education is a critical aspect of one's life. It is the key to future success and to having numerous possibilities in our lives. People benefit much from education. Good education, for example, illuminates a person's thoughts and thinking. Education in a particular field enables people to think, feel, and behave in ways that contribute to their success and increase their fulfilment and their community.

Furthermore, education fosters the development of human personality, thinking, and interactions with others and prepares people for life transitions. It elevates people's stature in their own culture and everywhere they go. Your mind is the power.

Rachel Romer Carlson shared her power with the world when she realized she wanted all unfortunate people to receive the same opportunities. Belonging to Rachel Romer Carlson’s family with profoundly rooted education and status, she used her connections to make the vision into a mission that resulted in execution.

Rachel’s father is a former politician from Colorado in the United States. He was elected as a Democrat to the Colorado State Senate in 2006, representing Senate District 32, including south Denver.

In 2019, Romer established Project Canary, a non-profit organization dedicated to altering the path of climate change by reducing methane emissions and offering engineering-based certifications and high-fidelity continuous monitoring. Romer is the CEO of Project Canary, an independent certifying organization that analyzes, records, and distributes ESG data along the energy value chain as of 2022.

Rachel’s grandfather is also an American politician who served as Colorado's 39th Governor from 1987 to 1999 and then as Superintendent of the Los Angeles Unified School District from 2000 to 2006. Rachel attended and participated in her grandfather's campaign as a child.

Roy and his wife, Bea, have a big family together. They both conceived seven children, have 19 grandchildren, one of them is Rachel Romer Carlson, and three great-grandchildren. His son Paul Romer is a Nobel Laureate economist, and his other son Chris Romer, Rachel’s father, was elected to the Colorado State Senate from Denver in November 2006.

Western Governors Institution (WGU) is a private, non-profit online university situated in Millcreek, Utah. In place of the traditional, cohort-based class format seen at most institutions, the university employs an online competency-based learning model. The institution was created in 1997 by 19 US governors after a concept to expand education services to the internet was conceived during a 1995 conference of the Western Governors Association. Institutional and professional accrediting organizations accredit WGU degree programs.

Rachel Romer Carlson earned an undergraduate degree, an MBA, and an MA in Education from Stanford University, formally Leland Stanford Junior University. It is one of the world's finest universities, with 85 Nobel laureates, 29 Turing Award laureates, and 8 Fields Medalists as students, alumni, faculty, or staff as of April 2021. It is known for its quality of producing brilliant individuals such as Jonathan Siddharth, CEO of Turing and Stanley Tang, the genius behind DoorDash Delivery.

Rachel began working for the Obama administration after taking a break from Stanford and also worked with her father on issues of access to higher education. Rachel Romer Carlson's schooling helped her learn the ropes in her future career, even though she dropped out of Stanford. It is a privilege working closely with President Barack Obama and one as brilliant as Rachel Romer Carlson was chosen by Obama, Ursula Burns, former CEO of Xerox.

She was the CEO of Student Blueprint, an app she developed during her MBA school at Stanford to help college students find jobs.

Rachel Romer Carlson and Brittany Stich founded StraighterLine in 2015, where students may attend classes and enroll in certified programs and degrees from colleges like StraighterLine and Colorado State University. They have received over $10.5 million in financing and have mentored approximately 1,700 working individuals.

Guild Education sits at the crossroads of three groups: businesses like Chipotle trying to provide education as a bonus to their employees, adult learners looking to improve their credentials, and US colleges looking to expand their online student base.

Similar to the role Luis von Ahn plays in education, Guild Education is on a mission to create opportunities for the 88 million Americans who require education and reskilling to succeed in the future workforce.

What are the benefits of employee education in the United States?

Changes in higher education are causing businesses to reconsider the education incentives they provide to their workers. Micro-credentials and bite-sized learning are becoming increasingly popular, especially in the technology industry. According to some HR professionals, Tuition perks help them recruit and retain top employees—but only around 10% of employees at companies who provide tuition assistance do so.

Education advantages must change in tandem with learning. Tuition support is still prevalent, but developments in higher education—particularly its rapidly growing costs—are causing employers to reconsider this benefit.

Tuition assistance can help businesses identify their most productive workers. McDonald's employees are free to attend any approved school of their choice. Other organizations like Walmart, Yum Brands' Taco Bell, Kroger, and McDonald's have either started or extended their employee eligibility programs. Uber said in November that it will be beginning a collaboration in eight cities that would allow drivers to complete free online classes. Since 2014, Starbucks has had a similar partnership with ASU, which has resulted in approximately 2,000 employees receiving degrees. Some businesses are forming partnerships with for-profit online universities that have witnessed enrollment decreases.

Employees today are less likely to finish their school before entering the workforce. Employees will see a blurring of the lines between educational advantages and corporate training. Learner-driven programs and non-degree online learning are becoming increasingly popular. Nanodegrees, according to IBM, are the future of education. Companies that provide education and training outside of traditional employment relationships are not compelled by law to do so during working hours.

Some employers still incorporate these programs during the workweek. 59% of blue-collar workers say they would look to an employer for retraining if they lost their job due to technology.

Student-loan debt has surpassed $1.5 trillion in the US, nearly tripling from around $600 million a decade ago. Among Millennial employees, 37% have student loans, and 46 percent say their loans significantly impact their ability to meet other goals. Some companies offer programs to help employees with their loans. Only 4 percent of employers provide student-loan payments as an employee benefit, down from 3 percent in 2015. Employers must show that benefits don't disproportionately favor highly compensated employees. HR practitioners know they can't offer a one-size-fits-all approach to education.

Companies that listen to their employees' needs, adjust their education benefits accordingly, and modify their programs over time will better compete for in-demand individuals—and retain those people with them as they develop—in a robust economy with quickly shifting skill requirements.

Other Ventures of Carlson

Rachel Romer Carlson is a co-founder and strategic advisor of the Stop The Spread organization.

In March 2020, Rachel co-authored an open letter, signed by over 450 other CEOs and investors, encouraging business leaders to minimize the COVID-19 pandemic. What does the Stop The Spread organization do?

Stop The Spread aims to bring together businesses and organizations that solve critical needs during this public health crisis, often in inventive or unexpected ways. Assisting such companies to do what they do best: grow goods and services that benefit the American people.

In 2017, Rachel Romer Carlson and co-founder Brittany Stich were listed on the Forbes 30 under 30 lists.

In June 2021, the 32-year-old founder raised funds for her business at a $3.75 billion valuation, increasing her net worth and putting her on Forbes' new list of America's most successful self-made women.

The EY Entrepreneur of the Year Award is one of the most prestigious competitive business awards for entrepreneurs and executives at high-growth companies. Formerly known as the Ernst & Young Entrepreneur of the Year Award, it is an accolade given in appreciation of entrepreneurship by Ernst & Young. Founded in 1986 as a single award in Milwaukee, twenty-five programs were running in all 50 US states and more than 60 countries as of 2016.

More than one person per year may receive the award. It honors irrepressible entrepreneurs changing the world. There were eleven national winners in the United States in 2014, with one individual recognized as the overall award winner. Over 10,000 people have won awards since 1986, with 400 beneficiaries on average each year.

While setting up and growing her business, Guild Education, her own family also grew. On May 2, 2018, Rachel Romer Carlson gave birth to twin daughters, Lily and Maggie Carlson.

The world looked completely different when Rachel Romer Carlson got featured on the cover of Forbes in December 2019.

In the Chronicle of Higher Education, Rachel’s grandfather, Roy Romer, responded with an assessment of the status of the world today…

There was a 3.5% unemployment rate at the time, and the term "frontline worker" had yet to enter the popular vernacular. Her company, Guild Education, which develops benefit plans that assist employees in obtaining free college degrees while also helping companies retain people, has recently attained unicorn status, a remarkable success for an idealistic edtech company.

Being born with a silver spoon is not always bad. Rachel grew up in a family where Education was deeply rooted. They took knowledge seriously and saw it as the key to endless possibilities in a person’s life. Rachel Romer Carlson gave a platform for individuals in all classes to obtain a chance at options. Rachel’s appreciation for Education is reflected in her love of helping others and her compassion for giving rather than receiving. That is how she was recognized and appreciated in the education field.

Entrepreneurs can imitate her by being selfless, generous, and compassionate about what their resources can offer. Rachel’s business idea was sparked by compassion. You, too, can start a business from selfless values. How? Look into yourself, and what do you genuinely care about? Start with your personal why. As a rising entrepreneur, you can impart the knowledge and resources to share them with others.

If you had all the knowledge in the world, what would you do?