Read about the relentless entrepreneur who forever changed the toy industry 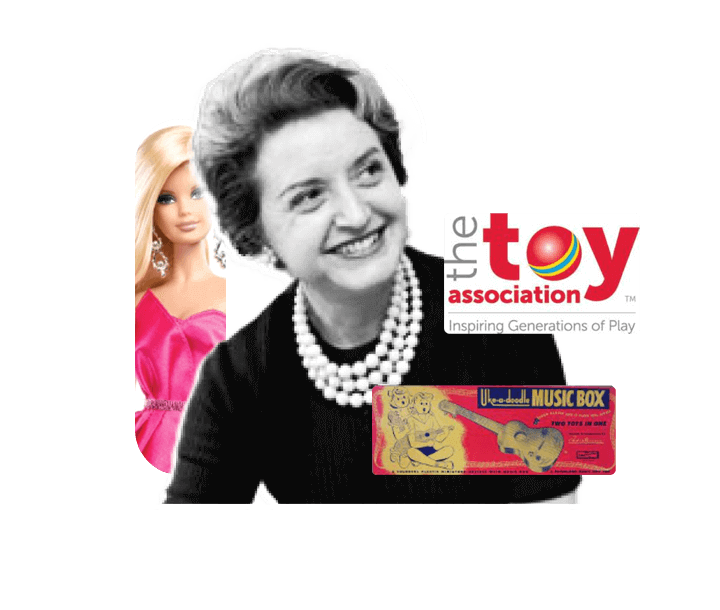 Barbie dolls represent a magical world for young girls. The dolls became a "must-have" toy for every little girl and are regarded as a cultural icon in the United States.   Barbie's attire, hairstyles, cars, and jobs have all evolved with the times.

However, one thing has been constant: small girls' adoration for the iconic doll. You'd be shocked to know how many letters Santa has gotten from little girls wishing for a Barbie doll as a Christmas present!

And we'll never know how many girls behave when their parents threaten them not to receive a Barbie doll if they don't get their acts straight!

Let us meet the legendary woman who made little girls' fantasy world a representation of freedom and possibility for young girls and women.

The youngest of ten children, Ruth Mosko, was born on November 4, 1916, to Polish immigrants Jacob and Ida Mosko of Denver, Colorado. Her father was a blacksmith who enlisted in the Russian army but later deserted and moved to the United States.

Because her mother's health was so fragile, Ruth was raised by an older sister. She grew up working in her sister's drugstore, and it was considered typical for women to work alongside men in her household. She adored collecting extra tips at her sister's store and diligently saved all her earnings.

Ruth was 19 when she went to Hollywood for a holiday and ended up staying. Elliot Handler, her high school sweetheart, followed her west and married her in 1938.

Later, they started making dollhouse furniture out of waste from the production process. Toy production was more profitable than picture frames, so the company chose to focus on it. In 1947, Mattel scored its first big hit: the Uke-A-Doodle, a child-sized instrument designed to make music more interactive and accessible.

These designers and engineers forever changed how kids play because of their focus on creativity and innovation. Throughout the decades, Mattel has become a global leader in the toy industry and a creator of beloved franchises for children and families around the world.

Barbie: An Innovative Idea and a Game-Changer

Ruth Handler observed that her preteen daughter Barbara pretended to be an adult when she played with paper dolls. Handler discovered that youngsters acted out future occurrences in this type of play rather than current ones.

Ruth Handler bought the West German Bild Lilli doll (which was not a children's toy but an adult prank gift) in a Swiss shop while the Handler family was on holiday in Europe. Ruth was inspired by this doll, unlike the baby-like dolls that the girls were playing with at the time.

When she returned home, she revised the doll's design and named her Barbie after her daughter, Barbara. Ruth had been attempting to market the same concept to other Mattel executives. But they were doubtful parents would buy a voluptuous and sexy doll.

Up until that point, there had been a lack of dolls for girls who were mature enough to appreciate the basic principles of being a teenager and adulthood. Barbie was created to fill that void in the market.

On March 9, 1959, Barbie debuted at the New York toy fair. However, she was not an immediate success. Mattel spent a lot of money on television advertising, and it paid well.

Barbie catapulted Mattel and the Handlers to fame and money. They would later add a lover for Barbie named Ken, after the Handlers' son, as well as a slew of additional "friends and family" to her world.

The Evolution of Barbie

1950's movie stars inspired the first Barbie doll. Entirely made up with red lips, black eyeliner, and flawlessly arched eyebrows, Barbie donned a strapless zebra-striped swimsuit, and her hair styled in a lovely Audrey Hepburn ponytail in either blonde or brunette.

Barbie's fashion style grew with the times, and by 1960, she had moved away from the brittle and bouffant aesthetic of the 1950s and had embraced the lively and colorful Mod era.

Barbie's hair grew longer and sleeker, and her makeup got less harsh. Barbie now has 'Titian' red hair, bendable legs, and eyes that opened and closed for the first time.

Barbie's physical makeover was dramatic, but her lifestyle adjustments were equally so. Barbie and her boyfriend, Ken, started dating in 1961, and the two moved into their own ideal home in 1962.

1977: Barbie was made more realistic.‍

Barbie wore long flowing skirts, tasseled jackets, and long, flowing hair in the 1970s, indicating her dedication to an alternative lifestyle. The most noticeable modification to Malibu Barbie's appearance was the removal of Barbie's sly, sideways glance in favor of forward-looking eyes, which feminists applauded.

Barbie broke up with Ken, turned 50, and donned a racy new look. Barbie looked younger and more trendy than ever before with "Jewel Girl Barbie."

In 2004, Barbie joined the celebrity bandwagon of the very public split, formally terminating her relationship with Ken only weeks after Britney and Justin ended theirs.‍

In the 2010s, Barbie becomes a businesswoman, a swimsuit cover girl, and she finally diversifies. Mattel launched two new lines representing different ethnicities and body shapes in the 2010s.

Barbie has traversed the fickle world of fashion for nearly half a decade, remaining the best-seller in any toy store as other toys have come and gone.

Barbie, who is not a stranger to controversy, has time and again adapted and kept up with changes. One thing will forever remain, Barbie is a global icon, the first and best fashion doll, and the most beloved in the world.

With Ruth Handler as the brains behind the marketing campaign, not only of Barbie but Mattel, she proves to be ruthless in her convictions, and at the same time, she knows how to adapt to the changing times. This is apparent in her marketing strategies, campaigns, and communication objectives.

1. Past and present campaigns

Increase positive brand affinity by portraying Barbie as a brand that promotes positive role models. And most importantly, to increase traffic to Barbie.com.

Women and young girls are empowered by strong role models who are immersed in everyday life from a young age. Ruth's enduring influence on Mattel shows in the company's continuing financial success. In the first half of 2016, the sales figure of Mattel was 301.7M US dollars.

And these days, despite the world financial crisis, Mattel registers profit. It has a market capitalization of $7.795B as it records a revenue of $4.584B.‍

Mattel always has its share of detractors owing to Barbie's image. Complaints and opinions always find a voice ranging from the portrayal of women to unrealistic images of women.

However, by 1970, Ruth's world was unravelling. She and her husband were edged out of Mattel's board, and she faced a lawsuit, which she later lost and was fined. What's more, she was diagnosed with breast cancer and had to undergo a mastectomy.

Despite all her troubles, she managed to contribute one more brilliant idea that really helped women who had undergone the same procedure as her. She developed a new concept for artificial breasts called "Nearly Me." The prosthetic breasts were made of silicone and enclosed in polyurethane, and the backing was rigid foam. Handler sold them left and right.

In 1980, Nearly Me's artificial breast sales exceeded $1 million. Handler sold the company to a division of Kimberly-Clark in 1991. In 2002, at the age of 85, Ruth Handler, the entrepreneur and marketing genius died of complications following colon surgery. ‍

Handler founded Mattel, one of the most successful toy companies in the world. Her Barbie doll is one of the world's most well-known and iconic toys. Barbie dolls have been sold over a billion times, making them Mattel's most popular and profitable product.

Barbie and her beau, Ken, have been dubbed the world's most popular dolls. In affluent areas around the world, the doll has changed the toy market by becoming a vehicle to sell associated items.‍

Ruth Handler’s creativity, undying belief in her creation, and social impact revolutionized the toy industry. For this, she has been a recipient of prestigious and notable awards such as:

With her assortment of accessories, Barbie has a significant impact on societal values by transmitting features of female independence and an idealized luxury lifestyle that can be shared with friends.

Ruth Handler unquestionably created an American symbol that serves as a constant compass for girls' fantasies and a constantly shifting reflection of American society.

This may be observed in Barbie's clothing history, in her multiple "facelifts" to fit the times, in her professional, political, and humanitarian pursuits, and, more recently, in the multi-cultural range of her products.

As Ruth, herself says, “My whole philosophy of Barbie was that through the doll, the little girl could be anything she wanted to be. Barbie always represented the fact that a woman has choices.”

Ruth is indeed a visionary marketer, a game-changer, and a risk-taker. There is no doubt that Barbie will accompany America and the rest of the world into the new millennium.