Resources /
Why AI is the Future of Lead Generation

Why AI is the Future of Lead Generation 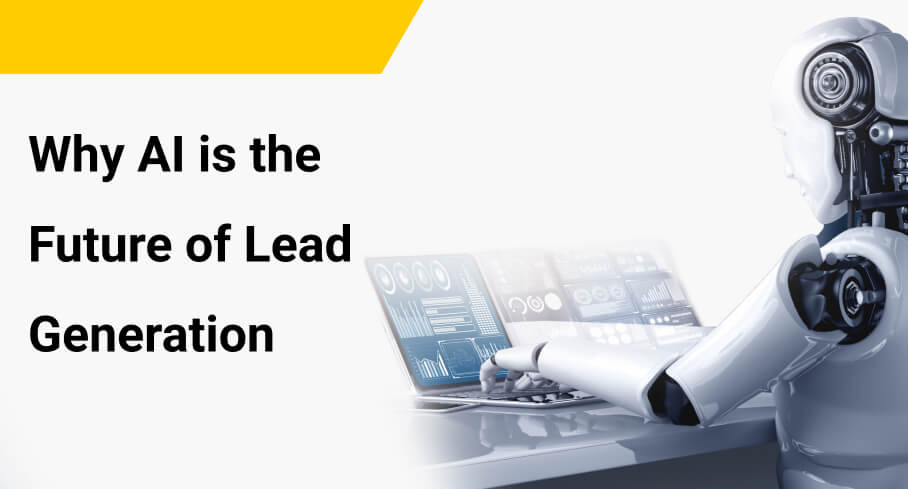 And this is never truer than in the lead generation industry.

A company lives or dies by its ability to sell. Indeed, sales are the lifeline of any business. Before selling, though, a business must have 'leads.' So how were leads generated throughout history?

Everyone would like to think that  Marco Polo as a merchant began lead generation: someone who took upon himself to find out what merchants would be in a town on a specific day, matching buyers and sellers of different goods, and for a fee, of course!

However, I would like to believe that the history of lead generation started during the Paleolithic Age, in the caveman era. During the caveman days of hunting mammoths, saber tooth tigers, it was all about person to person. Hmmm… so personalization was there from the beginning?!

The Roman Empire and Its Markets

A lot of time passed, and Romans shopped in markets to buy or exchange goods. 'Leads' were obtained through word-of-mouth marketing.

So, you may be asking, did these lead generators fade away over time? Far from it! They evolved as trade practices changed; savvy business entrepreneurs they are!

The marketing medium grew, trains replaced the caravans, and the steamships took over the sailboat during the Industrial Revolution. It led to an explosion in the lead generation industry. The revolution just made the lead generation even more essential in business, finance, and sales.

After Johannes Gutenber's invention of the printing press, sellers could advertise their goods in the emerging newspapers, and lead generation took on new forms.

Print allowed businesses to send their message to thousands of people over vast distances without needing someone in person.

Advertising exploded in the 1900s. Early n the 19th century, radio could broadcast a company's message to millions of potential customers.

Magazines made it easy for businesses to generate targeted leads in specific markets.

Televisions allowed businesses to show and demonstrate a product to millions of people.

Humans are visual learners. We consumed media like crazy, and advertisers took advantage of it.

The Rise of the Internet

Created in 1983 and growing into a more recognizable form in the 1990s, the internet was a dream for marketers and advertisers.

Potential customers could be reached instantaneously across the globe for a fraction of traditional advertising.

And the lead generation changed all over again. It meant adapting to local markets, understanding other cultures, improving and innovating to make their methods effective. Pay-per-Click was born, websites were created, SEO, email marketing, video, and audio allowed businesses to build relationships with potential customers.

The software gave even more ability to set these lead generation systems on autopilot like automation platforms.

Though there were early social media platforms (remember MySpace?), the beginning of Facebook in 2004 and mobile phones changed the lead generation strategy once more.

These two revolutionary ideas changed the consumer-business relationship to something more personalized.

What the History of Lead Generation Means to Your Business

The history of lead generation shows that frameworks, technologies, and methodologies constantly change. Businesses need to stay on top of trends and developments to improve their lead generation efforts' cost, time, and effectiveness.

Digitalization and automation are now the names of the game.

Artificial intelligence is transforming lead generation in all aspects- from analyzing the internet for relevant information to incorporating chatbots - all are impacted.

It is responsible for digging out more potential leads than any other marketing method. Chatbots, webinars, customized landing pages, and intricate methods combine all online and offline tools.

How Will AI in Lead Generation Impact The Sales Team?

Building a significant sales motion is almost sure to drive improved conversion.

However, investing in sales automation can empower current teams to do the proverbial "more with less." AI will let the sales team:

AI will ultimately allow the sales team to achieve a more significant ROI for businesses. If you are thinking of investing in AI, then you'd be happy to know that a Nucleus research study revealed that automation software increases sales and productivity by at least 15%!

AI is the Future of Lead Generation

As technological advancements continue, it will be fascinating to see the next trend that businesses adapt to generate leads. But throughout history, one thing never changed in lead generation: The focus is on getting in front of a target market with a reason to buy.

Yes, lead generation as a sales process has been under constant change with every passing day. But for me, lead generation is tactics, methodologies, and most of all, technology. Artificial intelligence and automated tools are the ultimate future for this process.

Comment if you agree that business winners are those who will adapt and exploit the power of AI.