Women in Technology: Its History and Its Bright Future

Looking for the history and the most recent statistics on women's current state of affairs in tech? You’re lucky to have found Women in Technology: Its History and Its Bright Future This article will provide you with everything you need to know:

History of women in tech

Status of women in tech today

Why are women less likely to consider a tech career
📖 Read on! We curated them all in one place just for you. 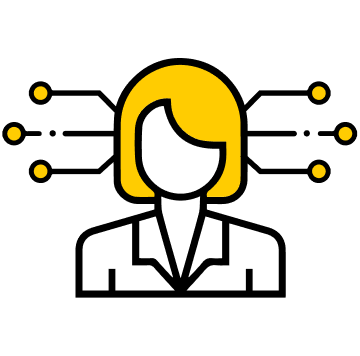 The prominent faces of "Women in Tech" may be Marissa Mayer, Sheryl Sandberg, and Meg Whitman, but how does their popularity translate for other women in this field?

Unfortunately, not as you might think. For instance, did you even know that while women hold 57% of all employment in the computer/technical business, they only have 25% of occupations?

Codebreakers in the Bletchley Park squad that supported World War II for the Allies. A team of skilled code crackers. They managed to better understand Germany's invasion preparations by cracking down on these codes. They interviewed for the crew by answering the Times cryptic crossword. In the home at Bletchley Park, the ladies broke these codes.

These women have several tasks:

In 1968, she was the first female to receive a Ph.D. in computer science. She was responsible for computer language development while at IBM.

She was a staff member at Atari who created Indy 500, Star Raiders, and Dodge 'Em. At the time, she was just one of two women working at the firm.

She originally went to work at Atari and subsequently in Activision as a female Video Game Designer. She created River Raid, 3D Tic Tac Toe, Super Breakout, and Happy Trails.

Many people recognize her as "Mother of the Internet" since she created the protocol for the spanning tree. Spanning-tree is a network protocol that guarantees loop-free topology for any Ethernet network (fundamental to the operation of network bridges). She is also a significant contributor to the education of computer programs for young children.

Now that we've looked at women's history in technology statistics let's look at the current state.

You might expect that by the twentieth century, technology would be gender-equal.

However, this is not the case.

women studying or working in this sector are still in short supply. Isn't it interesting that the first coder in the early twentieth century was a woman?

1. What is the status of women in tech today?

Sadly, women are still underrepresented in the technology statistics in this field.

women have just 14% and 25% of computer-based occupations in software engineering.

In addition, statistics reveal that the number of software engineers in the past 21 years has increased by only 2 percent.

Even though Facebook has improved, its gender ratio in computer science is still high. women reporting on Facebook in technology data reveal that just 33% of female workers in technology-related jobs work.

Based on the most current statistical analysis on Apple's diversity in technology, the figures suggest that the gender ratio of Google and Facebook is almost the same — 30% female and 70% male.

It is much worse if the ratio is solely for technology occupations, where 80% males and 20% women work in Apple, compared to men.

4. Women Leaving the It Field Are 45% Higher Than Men

Bias leads to an alarming number of women in the USA abandoning technology. They already get lower pay, receive low-entry jobs, and have inadequate growth and wage prospects.

The sector has not been amenable to innovation despite the flexible work patterns of some firms. More than I should say, it is the phrase "brogrammer culture." This phrase is all too well known to women in computer technology.

According to a recent study about women in IT, more students have chosen STEM disciplines than girls except for biology, amongst pupils taking part in the research. It applies in secondary schools and universities.

While choosing their A-level topics makes girls more inclined to plan forward, many skip STEM topics because they don't follow a technical profession.

6. Women Are Less Likely to Consider a Tech Career

There are several reasons women are less susceptible to a job in technology.

7. Disparity Increases With the Rise in Seniority

Entelo reports that women play middle-level and enterprise jobs in the technology business.

The study revealed that women in the technology field are more likely than males to hold junior jobs, regardless of age.

Another reason women are less likely to choose a job in the technology business is the lack of female role models. A high percentage of women cannot name someone who encouraged them to seek a profession in the IT sector.

Only twenty-eight of the 5,000 pupils (0.06 percent) drew a female scientist in the first draw-a-scientist study (DAST) done 50 years ago with elementary school students in the United States and Canada. You could argue it's a reflection of the times.

When they replicated the experiment in 2018 with a comparable group of American students, 24% of the pupils drew a female scientist.

Progress? Sure. However, the findings demonstrate how deeply entrenched limiting gender roles assumptions for women are and how critical it is to increase the visibility of female role models for girls and women, particularly those who thrive in professions that males have long dominated.

Due to gender biases, institutional impediments, and unfavorable preconceptions that women have long had to cope with across a wide range of professional fields,

To put it another way, seeing is believing.

"It's hard to be something we can't see," wrote Dr. Nina Ansary in Anonymous Is A Woman, a gripping account of global gender disparity that profiles amazing women throughout history whose names you've probably never heard of (but should!).

So, here's a list of some women that shattered glass ceilings and rose to prominence in the field of technology.

Susan Wojcicki is now one of the most influential women in technology. Being now one of the early employees at Google and the CEO of YouTube, she contributed and impacted how online search took shape. While Google was still developing, the search firm was proud of its clever market tactics that convinced university institutions to incorporate the search bar on their websites.

In 1981 Ginny Rometty joined IBM and remained with the firm for several decades. She is also the first woman to lead the business, now the CEO and Chairman. With IBM, she led large projects, including PricewaterCoopers Consulting, and was #3 on Fortune magazine's 2015 list of the most powerful women.

She is known for her motivating conversations, in which she advises women to take risks and not limit their aspirations. She earned a bachelor of science from Northwestern University in computer science and electrical engineering.

According to Forbes, Whitman is a self-made tech billionaire and ranked among the prominent technology women in 2016.

She has been a lengthy business traveler and has worked in Procter's, Walt Disney Company, DreamWorks, Hasbro, and Procter executive teams before she became HP CEO in 2011.

She has gained a firm place in technology and inspires IT worldwide. She is a graduate of Princeton and Harvard Business School both.

Here comes a big one, guys:

According to Forbes reports, the current Facebook COO and ex-Google employee have a net value of $1.37 billion. Sheryl has been the brain behind Facebook's ad-centric business strategy.

It became the second Facebook showrunner and has taken creative steps, such as sounding Wall Street on the potential of an IPO. They are also the one that allegedly has remedied Facebook's over-inflated Instagram purchase transaction.

She is also an author, philanthropist and devoted to encouraging women worldwide to accomplish their objectives. She graduated from Harvard University with a Bachelor of Economics from the Harvard Business School.

Zhou's net value momentarily reached 10 billion dollars, and she became the richest woman in China after the publication of her company list.

She was one of the most important tech entrepreneurs, having a modest origin in rural China. Tech titans like Apple and Samsung are among its customers.

Now you know women can rock the tech world. Hopefully, their efforts and impact would inspire women worldwide to strive larger and reach new heights.

Additionally, if you're in the tech industry, don't recruit women because of the need or the pressure you feel from society in your organization.

Hire women because they're worth it! 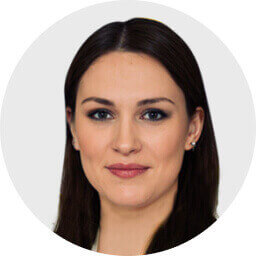